Southeast
The 250-ft. Dredge Charleston, built in 2000, which utilizes a 24-in. diameter pipeline to pump debris and other material from the seafloor. 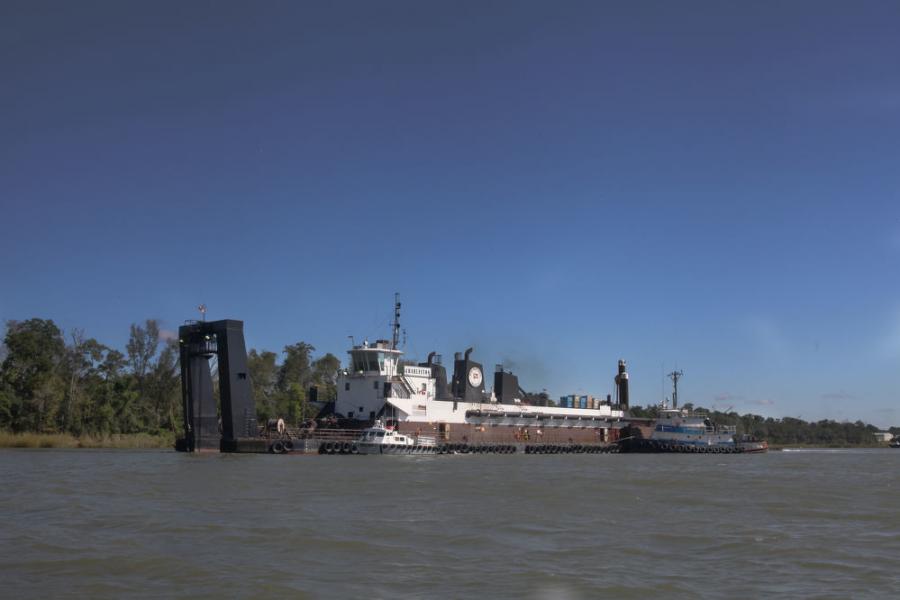 GA - After 18-Month Pause, Dredging Resumes at Port of Savannah

Dredging to deepen the shipping channel to the Port of Savannah has resumed after an 18-month pause, Col. Daniel Hibner of the Army Corps of Engineers recently announced as the second half of the $973 million expansion has started to get under way.

This portion, which is making room for larger cargo ships, involves deepening a 40-mi. (65 km) stretch along the Savannah River and into the Atlantic Ocean.

"This is another element of work as part of the Savannah Harbor Expansion Project (SHEP) to deepen the harbor to the new authorized depth of 47 feet," said Spencer Davis, senior project manager of SHEP. "This depth will allow the larger, neo-Panamax container vessels to call on the harbor with fewer tidal delays."

It was reported that dredging was placed on hold at the halfway point in March 2018 because a court settlement required the Corps to demonstrate that it could use machines to offset a small loss of dissolved oxygen in the river before starting the project's second half. The agency reportedly released results of a test run for its oxygen machines in August.