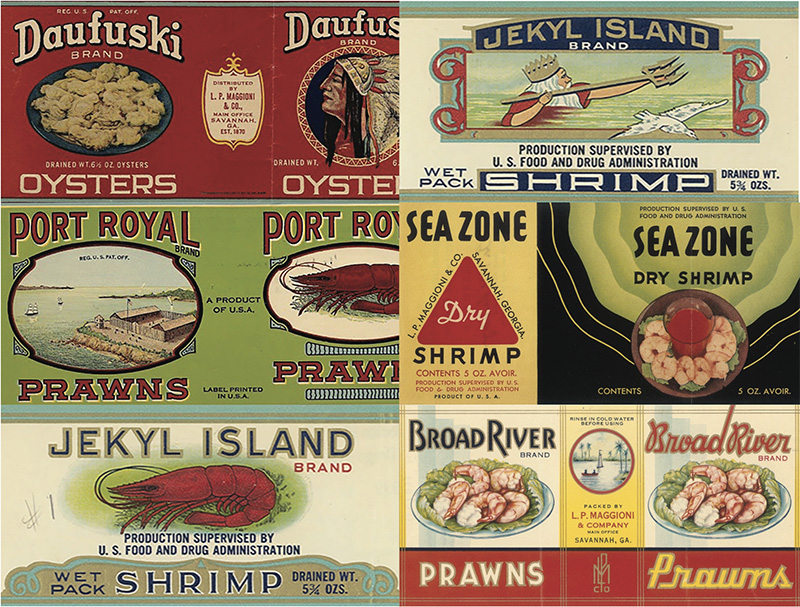 IF YOU’VE ORDERED OYSTERS — whether raw, grilled, steamed, roasted, blackened, stewed or fried — at a Lowcountry establishment or attended a Southern backyard oyster roast, chances are they were supplied by Maggioni Oyster Co., which celebrates its 150th anniversary this May. The company’s backstory is delicious, too. Maggioni Oyster Co. has been in the same family for five generations and is the area’s largest provider of wild oysters, sustainably harvested from the clean, salty rivers of the Lowcountry.

In 1870, Luigi Paoli Maggioni immigrated from Genoa, Italy, and founded L.P. Maggioni and Co. Inc. on Isle of Hope. Thirteen years later, the Maggionis opened an oyster factory on Daufuskie Island, and then a cannery in Beaufort, South Carolina Business boomed during the mid-1900s, and operations —all headquartered in Savannah — expanded to 15 canneries in three states employing more than 2,500 people.

The company went back to focusing solely on oysters in the 1980s, and a decade later it transformed yet again, this time from a canning business into the Southern region’s largest wholesale oyster supplier.

“It’s very exciting to be part of a family and a company that had such a huge impact on the local history, economic stability and livelihood of generations of families,” says Angela Beasley (née Maggioni), whose late husband, Roddy, took over the company in 1986 and whose son, Jeff, is the current owner.