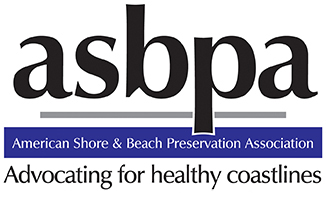 From the Editor’s Desk: Even after a century, our beaches must be maintained

As the COVID-19 pandemic spread in early 2020, Galveston, Texas, suspended beach access from 29 March 2020 through 1 May 2020. This action was designed to reduce the number of visitors to the island and to reduce nonsocially distanced interactions. After the 1 May 2020 reopening mandated by the Texas governor, numerous individuals, largely from the Houston area, drove to Galveston to use the beaches. At that time, TV coverage of the large crowds left the impression that there was little to no adherence to the reopening guidelines put forward by the state and city. In order to gauge the effectiveness/observance of the reopening guidelines by Galveston’s beachgoers, a headcount and analysis of the measured distance between individual beachgoers was completed on 23 May 2020 using Unmanned Aircraft Systems (UAS) photography and Geographic Information System (GIS) measurement techniques. By June, the number of positive COVID-19 cases was rapidly increasing in the Houston area. Despite minimal use of masks and little adherence to social distancing, there was sufficient space on the beach to handle the crowds provided beachgoers had adhered to social distancing guidelines. Two issues were identified: limited access points creating chokepoints when moving from the Seawall to the beach, and the pervasive use of shade devices (i.e. umbrellas, pop-up tents and canopies) that act as congregation spots.

Marshes along the coast of North Carolina are currently at risk due to ongoing land loss, and as they are highly productive waterways, understanding the processes driving land loss is critical. By focusing on two marshes adjacent to waterways — Roanoke Marsh, south of Manns Harbor, and Mackay Island National Wildlife Refuge — we created a dataset of land loss rates from 1983 to 2016, both within the marsh interior (due to expanding ponds) and on the outer edge of the marsh (coastal retreat). We investigated the hypothesized primary driver behind the interior pond expansion (wind-driven waves in the pond interior) and the coastal edge retreat of the marsh (wind-driven waves within Currituck Sound). The total land area lost over the 34- year study period was 1.49 km2 and 2.32 km2 on Roanoke Marsh and Mackay Island, respectively. The percentage of total land lost due to internal pond expansion was 60% in Roanoke Marsh and 44% in Mackay Island. Internal pond expansion is at least of equal importance to outer coastal retreat for net land loss in these coastal marshes. The local wind has a dominant direction from the north-northwest with more energetic winds during the winter. However, the wind directions and direction of pond expansion do not appear to be correlated. This may be because the winds are bimodal and drive expansion in multiple directions. In addition, there is subsidence in this portion of North Carolina that may be an additional factor contributing to the pond area expansion.

Between the years 1200 and 1600, vast quantities of sand were brought inshore from offshore bars as a result of centuries of ferocious storms, to form a series of dune systems along the South Wales coastline. Today, as a result of many housing, leisure, and industrial developments only a few remnants exist. On one such remnant at Porthcawl, Wales, UK, became a caravan site in the 1930s, which was abandoned in 1993 for political reasons. Within 27 years a minimum of 120,000 m3 of sand was transported from the adjacent beach and formed dunes >4 m in height along a 400- m frontal edge that extended some 130 m inland, approximately a third of the site. Typical vegetation found along the frontal part of the system are Ammophila arenaria (marram), Agropyron junceiforme (sand couch grass) and Euphorbia maritimum (spurge). To the rear of the system, vegetation included Agrostis tenuis and stolonifera, (bent and creeping bent grass), Cirsium avense (creeping thistle), and Caluna vulgaris (heather). A 4-m-high and c. 3000m2 area of a vigorous stand of Hippophae rhamnoides (sea buckthorn) has also formed. The rapidity of dune formation and vegetation colonization is staggering.

A coastal geomorphological study was conducted to assess the impact of seismic events on the southern coast of Puerto Rico (PR). The goal of this study was to provide new information related to the state of the coast and its geomorphic changes associated with the seismic sequence of 28 December 2019 and the 6.4-magnitude earthquake of 7 January 2020. Coastal geomorphic changes and damage to infrastructure were documented using a combination of a geographic information system (GIS), remote sensing techniques (e.g. unmanned aircraft system [UAS] images), ground-penetrating radar (GPR), high-resolution aerial photos, and field inspection techniques. A geospatial analysis was performed to evaluate the effect of the earthquake events and understand its associated effect on coastal communities’ exposure to this hazard. The findings indicate that the 6.4-magnitude earthquake caused remarkable geomorphic changes, generating a new shape for the southern coast of PR. Coastal changes were characterized by localized coastal subsidence, coastal landslides (e.g. rockslides and rockfalls), the collapse of natural arch-forming sea stacks, changes in cliff profiles, lateral spreading, the destruction of coastal infrastructure, inland shoreline migration, and coastal flooding. This information will be useful for designing new management tools and recontextualizing existing coastal planning instruments in post-earthquake scenarios. These findings clarify the importance of seismic events and their influence on coasts within active tectonic settings.