International
An artist's impression of the Neoliner, a wind-driven ship of 280 TEU capacity that will be operating a trans-Atlantic service by 2023. Photo credit: NEOLINE. 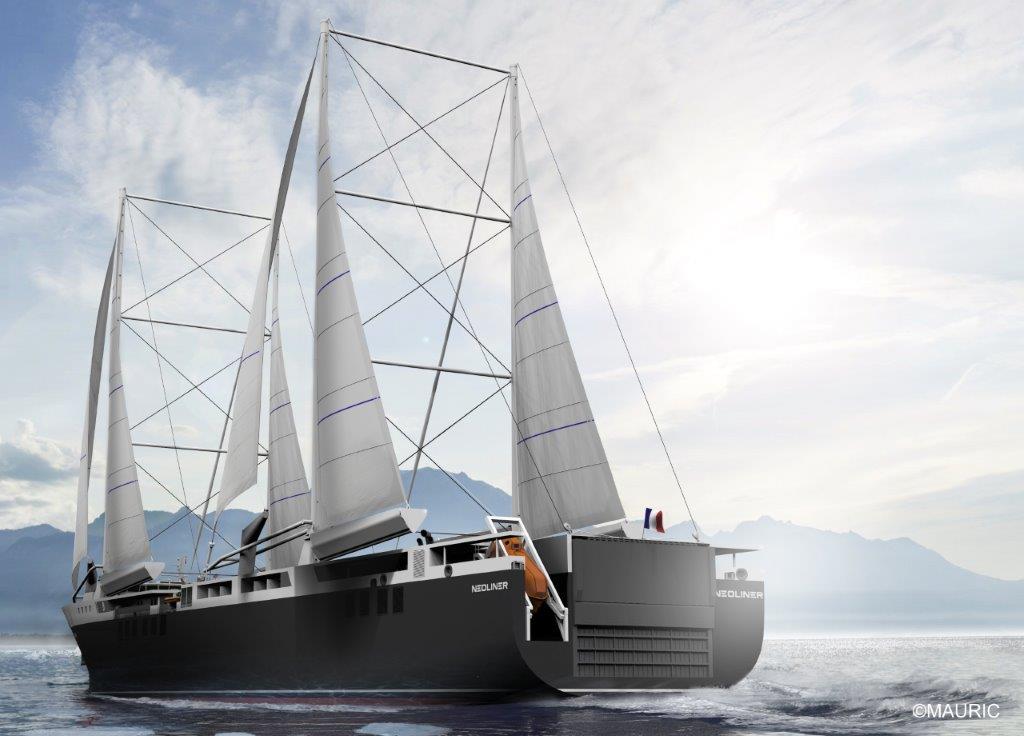 Shipowner and operator NEOLINE plans to deploy wind-powered vessels on a containerized ocean service between France and North America by 2023, and has already signed up some of France’s largest shippers to the emissions-cutting transportation mode.

Tire manufacturer Michelin this week committed to transporting tires loaded in containers from Halifax, Canada, to the French port of Saint-Nazaire Montoir-de-Bretagne on the NEOLINE service, which will also call at the archipelago of Saint Pierre and Miquelon off the coast of Newfoundland, and at the US East Coast port of Baltimore.

After commencing the trans-Atlantic service with its first vessel in 2023, a second vessel will be added a year later. During that time, Michelin will gradually shift at least 50 percent of its containers transported from North America to Europe to the NEOLINE service, the company said.

NEOLINE was created in 2015 for the purpose of developing and operating the wind-driven ships. The decarbonized service relies on clean and renewable wind energy as the main propulsion for its 136-meter-long cargo ships, each of which will have 4,200 square meters of sails.

Equipped with two loading ramps, the “Neoliner” ships will be able to load cargo units of various sizes with a nominal capacity of 280 TEU, or 500 cars in a roll-on/roll-off (ro/ro) configuration. The vessels will sail at 11 knots, slower than traditional ships, which are designed to travel at about 24 knots, or 18 to 20 knots when slow steaming. At 11 knots, the Neoliner would complete a sailing from Baltimore to France in around 14 days, as opposed to nine days at 18 knots. However, on a trans-Atlantic sailing, the ships will produce approximately 90 percent less carbon dioxide (CO2) emissions than conventional vessels of the same size.