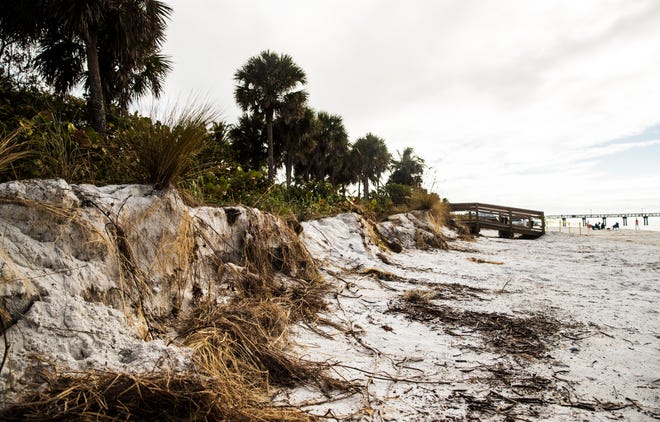 A dune renourishment project is underway at the beach, which is closed from the fishing pier to the north end of the park.

Work began Saturday, and Lee County plans to wrap up by Christmas Eve, but the county's parks and recreation director, Jesse Lavender, said he believes it may finish ahead of schedule.

During the project, the north end of the parking lot will be closed as heavy equipment and conveyors haul in sand, but restrooms and shower facilities will stay open, the release says.

The county hired contractor Earth Tech Enterprises to haul about 6,000 tons – or 300 dump truck loads – of sand from a mine in Immokalee.

"This is a smaller renourishment project and we typically don’t dredge," Lavender said. "We wanted to get this filled in as soon as possible and doing it from land is much easier."