Southeast
via SAVE THE MANATEE CLUB 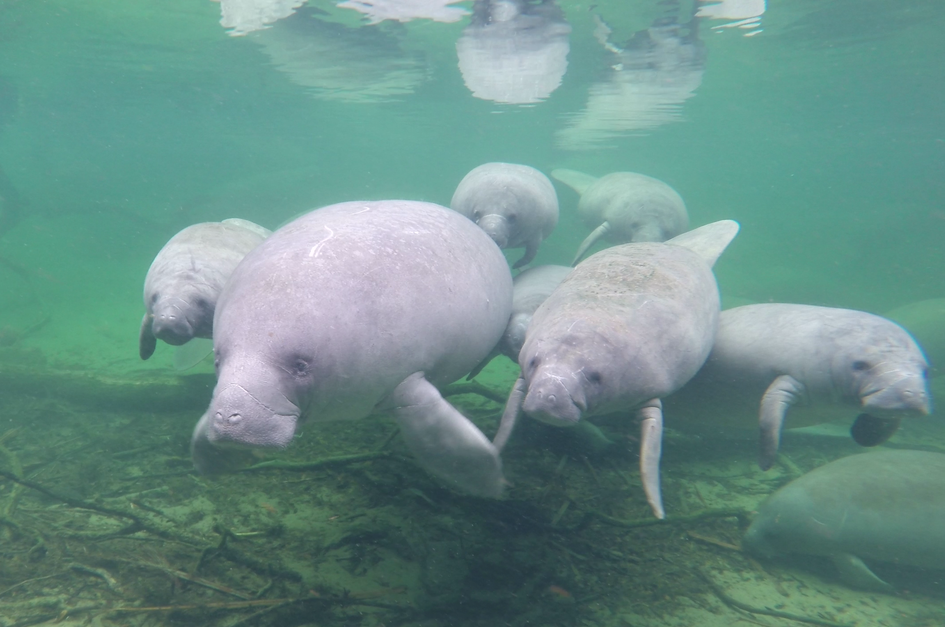 FL - Why manatees are suddenly dying in Florida

Everyone likes manatees. Except, perhaps, for whoever scraped "TRUMP" into a manatee in 2020.

Manatee populations have recovered significantly over the last few decades, after hunting and habitat loss decimated their populations. But in early 2021, manatee deaths have suddenly spiked, with nearly 360 known deaths as of mid-February, reports the Florida Fish and Wildlife Conservation Commission (FWC). A combination of factors, including problematic trends in polluted waters and depleted food, could be driving the die-off event of these charismatic mammals, dubbed "sea cows." But the certain cause or causes of this abrupt spike are still being investigated, as a majority (68 percent) of dead manatees have not yet been necropsied by the state.

"It's difficult to make a determination," explained Edie Widder, a marine biologist and senior scientist at the Ocean Research and Conservation Association in Florida, a conservation organization. "Without the data, I don't see how you can make any kind of judgment."

Over the last five years, an average of 117 manatees were recorded dead over the same January-February time frame, meaning three times as many manatees have died so far in 2021. There have been too many sick or dying manatees to save in the estuaries off the Atlantic coast of Florida.

"It was so significant here that we couldn't intervene in many cases," explained Patrick Rose, the executive director and aquatic biologist for Save the Manatee Club, a manatee conservation organization. A partnership of conservation groups, including Save the Manatee Club, has already rescued over 50 struggling manatees this year and returned dozens back to the water, Rose said.