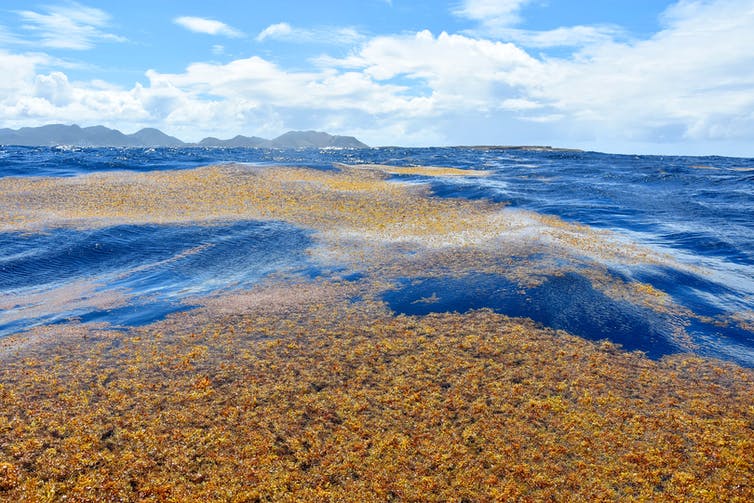 FL - What’s driving the huge blooms of brown seaweed piling up on Florida and Caribbean beaches?

Here’s a handy geography question for your next trivia match: What is the world’s only sea that doesn’t have a land border?

The answer is the Sargasso Sea – a 2-million-square-nautical-mile haven of biodiversity that lies east of Bermuda in the Atlantic Ocean. Rather than beaches, it’s bounded by rotating ocean currents that form the North Atlantic Subtropical Gyre.

The Sargasso is named for sargassum, a free-floating brown seaweed that grows in its calm, clear waters. In the open ocean this seaweed serves as nursery grounds and a haven for sea life.