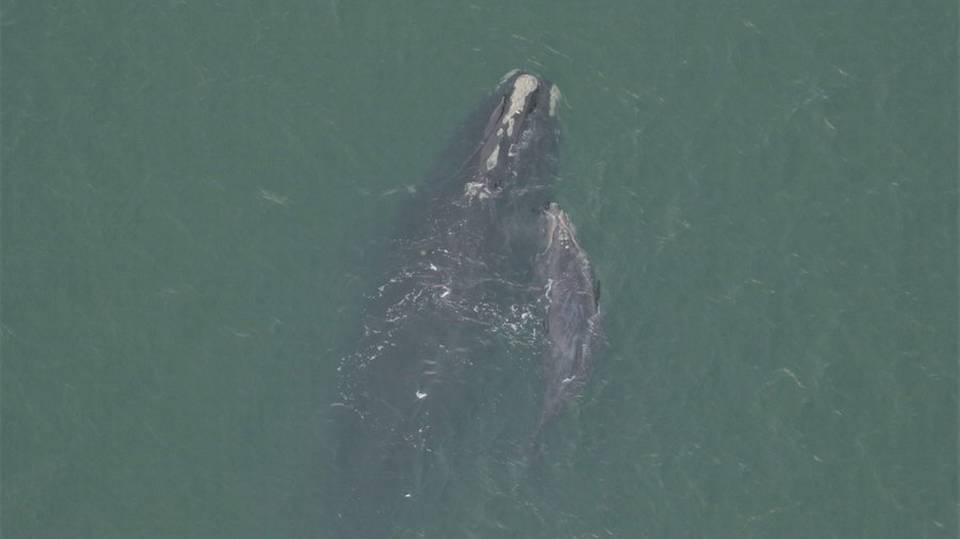 They were last spotted a little over a week ago heading too far into South Florida waters for scientists’ comfort.

But the mom and baby North Atlantic right whale pair now appear to be back on their correct course.

“So, they are heading north again, which is great news,” Garrett said.

Right whales, which are critically endangered, give birth to their calves in the ocean waters off South Carolina, Georgia and northeastern Florida. Then they typically swim north to New England.

Every now and then, they don’t, and scientists get worried.

That’s exactly what happened last Wednesday after Champagne and her calf were spotted near the Lake Worth Inlet, just north of West Palm Beach. The first time anyone had seen the pair was Jan. 21 off Amelia Island, much farther north near Jacksonville.