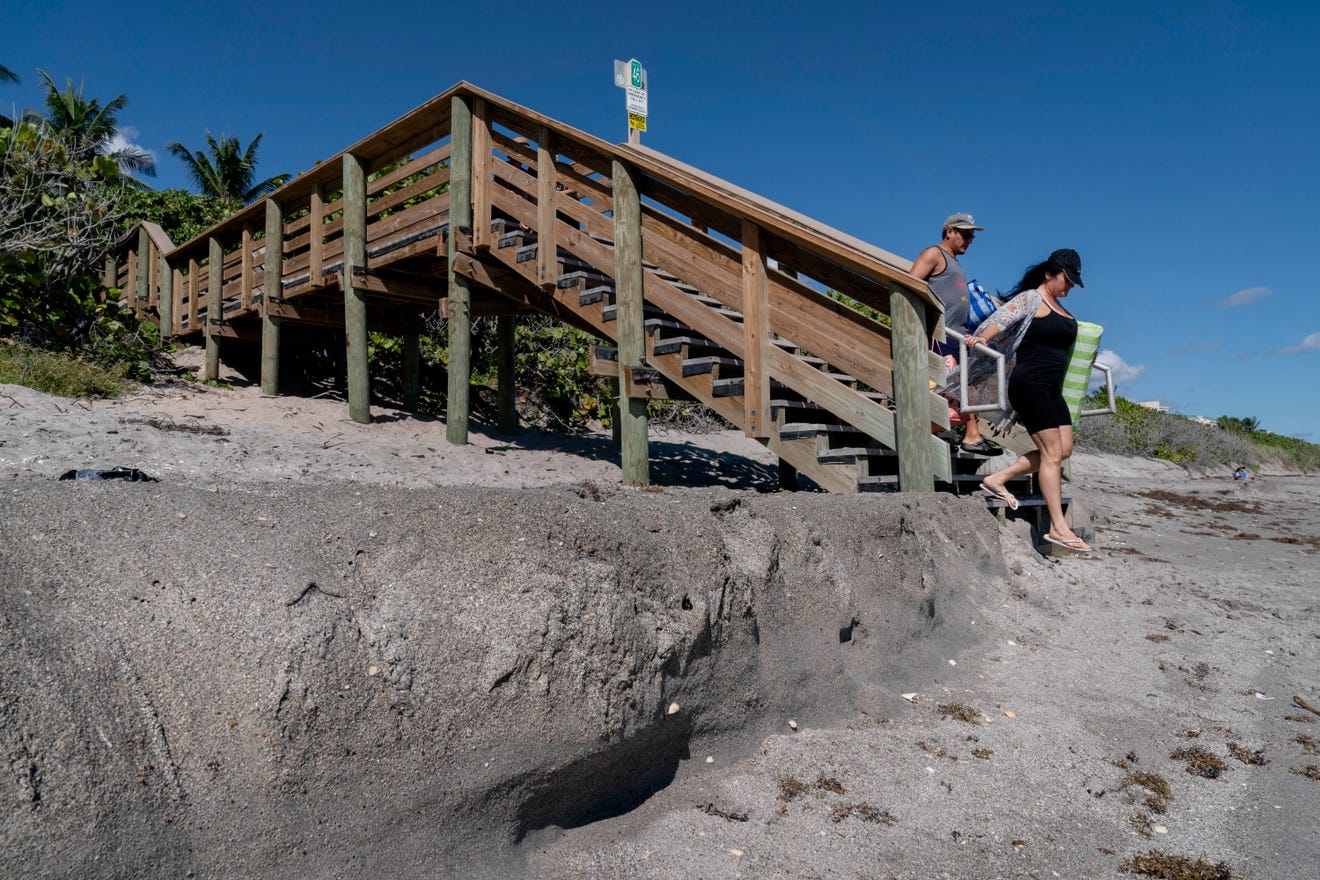 JUPITER — Erosion has closed a third beach crossover along State Road A1A, according to a social-media post by the Town of Jupiter and barricades installed at the access point.

The town deemed beach access point No. 45 dangerous on Friday after sand from underneath the stairs disappeared, leaving a 2-foot drop-off onto the beach. The crossover is along State Road A1A just south of Ocean Club Jupiter Condos and about a mile south of Carlin Park.

Officials closed neighboring crossovers No. 46 and 47 in July due to erosion that left more dramatic drop-offs between the stairs and the sand. Beachgoers and their dogs were faced with 9-to-10-foot drop-offs at the end of the wooden staircases that lead to the shore. Crossover No. 46 has since reopened.

The whole span of the beach south of Carlin Park is considered a "local hotspot" for beach erosion, according to Andy Studt, Palm Beach County's supervisor of coastal resources management.

Upcoming construction:Traffic, new turn lanes and a 20-month closure: What to know about Jupiter's US 1 bridge replacement

"Every wave that comes in pushes a lot of sand. Multiply that over a large area and a long enough time, and it adds up to a surprising amount moving around," he said.