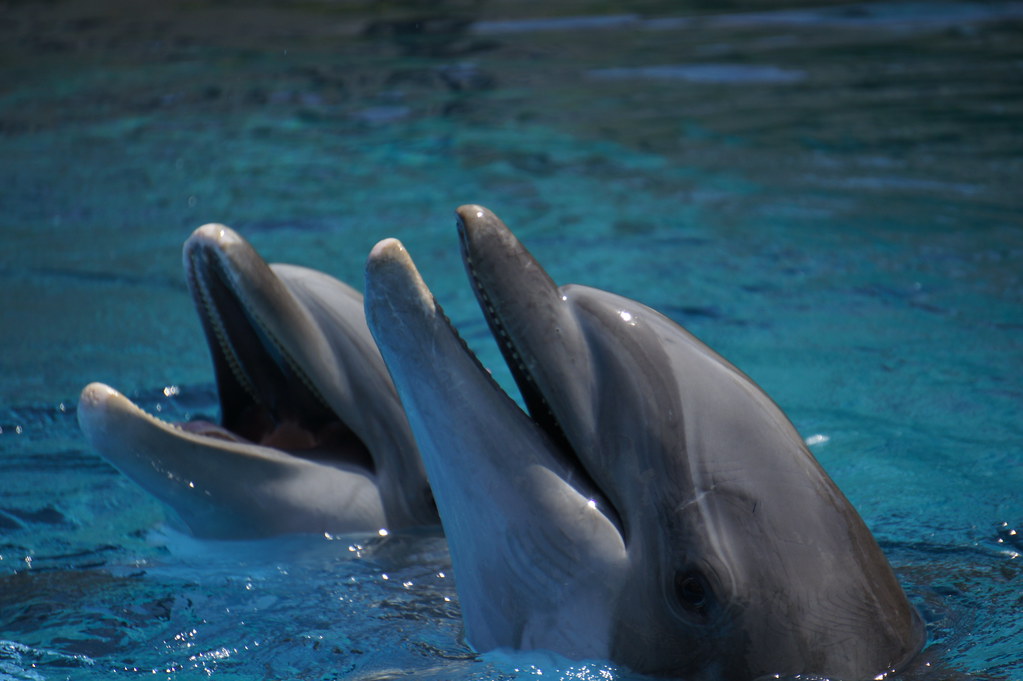 The rare scene was captured on video.

Story at a glance

There’s something irresistible about animals that make for heartwarming viral videos. This time, it’s a simple moment captured by drone footage: a pod of dolphins cutting through almost 200 manatees swimming off the coast of St. Petersburg, Fla.

“Dolphins and manatees don’t interact super often, mainly because manatees spend a lot of their time in fresher waters than you find dolphins,” Mike Heithaus, professor and dean of Florida International University College of Arts, Sciences and Education, told The Guardian. “There’s no particular reason they wouldn’t interact, but manatee numbers are down and that makes it less likely. The more unique part is to see that many manatees from a drone and it’s always cool to see dolphins swimming through them."

The scene was captured and posted on Youtube by See Through Canoe on their YouTube channel, where they often share videos of local sea life activity. The company, which just reopened for the spring, produces transparent kayaks, canoes and other watercraft with a number of features — including quiet electric motors — that allow for a better view of sea creatures in its natural habitat.