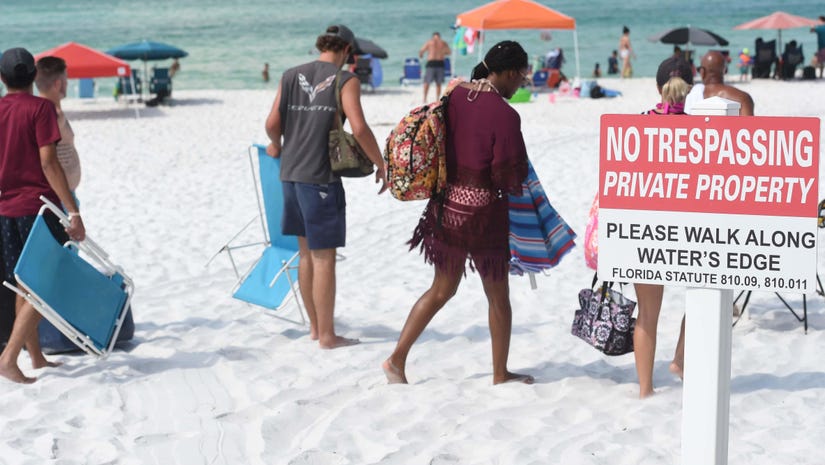 DeFUNIAK SPRINGS — In remaking its case for a declaration of customary use across all of its beaches, Walton County has parsed 21.4 miles of private property into five distinct zones and argues the public should be allowed access to the dry, white sands in each.

"In light of ... incredible growth and because of the relatively recent phenomenon of private property owners attempting to bar the public from the beaches, Walton County has been forced to take action to protect the public's customary use," attorneys said in court documents released Friday.

County attorneys will use the same sources of evidence to bolster their argument for customary use in each of the five zones, according to a 229-page Amended Complaint for Declaration Affirming Customary Use.

Evidence will include archaeological remains from pre-European Native American settlements, plats and maps, photography, newspaper articles and advertisements and the direct testimony of visitors and residents.

Walton County originally filed a complaint seeking a declaration of customary use in December 2018.

That legal document claimed the county's beaches should be open to all by virtue of them being publicly accessed for a period of time judged "ancient, reasonable, without interruption and free from dispute."

It has been challenged by more than 1,000 beachfront property owners, many of whom began putting up no trespassing signs and fencing off their beach property in 2018, after a law was passed that nullified a Walton County customary use ordinance.