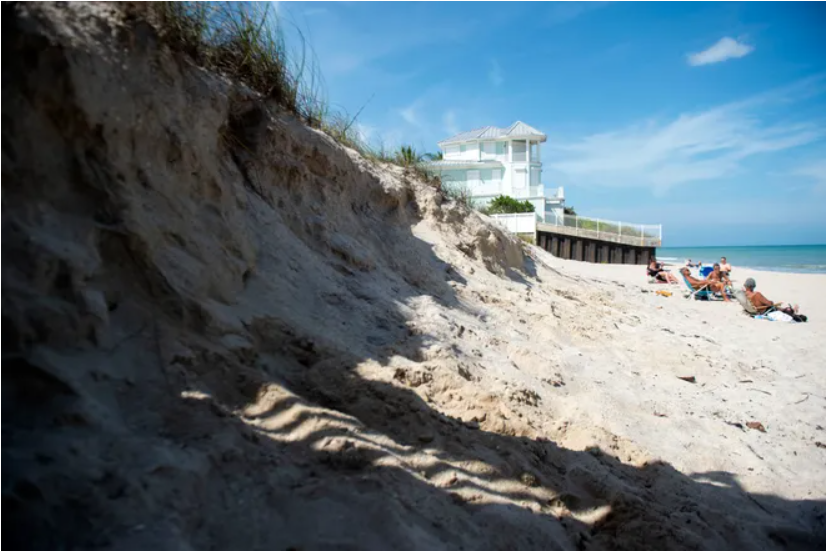 Repairs to hurricane-damaged dunes at Wabasso Beach Park are expected to continue this month, closing the park while sand is replenished.

The repairs are part of a $12 million beach renourishment project to replenish sand along a 3.7-mile stretch between Wabasso Beach and the Seaview subdivision. Work began in January at Golden Sands Beach Park, just north of Wabasso.

Because of high tides and the amount of sand needed for the Wabasso Beach portion of the project, the contractor decided to bring sand from the north side of Golden Sands, county spokeswoman Kathleen Keenan said. Golden Sands, which closed in January, is to remain inaccessible to the public through April while work is done.

Wabasso Beach, originally scheduled to close last month for the repairs, will close in a few weeks once the new sand is brought in, Keenan said.

An exact closing date has not been set,, she said.

About 307,000 cubic yards of sand is expected to be pumped onto the beach, officials said.

County beaches and dunes have been damaged significantly by hurricanes Matthew in 2016, Irma in 2017 and Dorian in 2019. Most of the money to repair the dunes comes from the Federal Emergency Management Agency, with the rest from local tourist taxes.