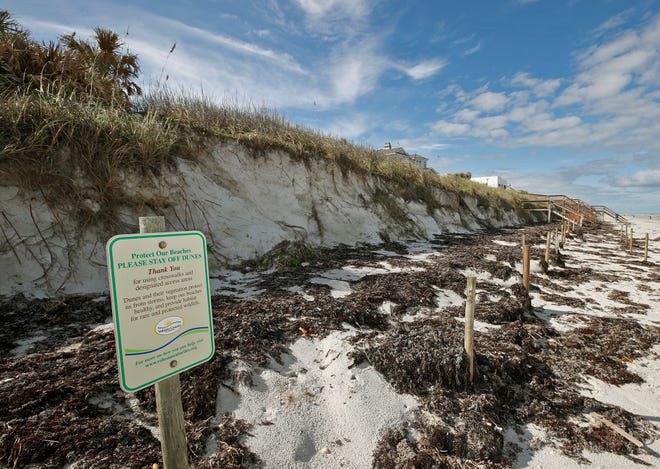 Two of Volusia County's legislators have filed identical bills that would increase the use of seawalls to protect beach properties from rising seas.

Conservationists, though, oppose the legislation, which they believe will severely impact sea turtle nesting.

According to the bills, the Florida Department of Environmental Protection would be required, rather than authorized, to issue permits for "rigid coastal armoring structures," or seawalls, as long as they meet the qualifications. It’s not something that conservation organizations are happy about.

“I personally have been involved in conservation of sea turtles and their nesting habitat in Florida for about 30 years,” said David Godfrey, executive director of the Sea Turtle Conservancy. “This is the worst piece of legislation I’ve ever seen proposed regarding seawalls.”

Florida’s dunes, which are elevated enough to protect from inundation and are sandy enough to burrow in, are home to thousands of nesting endangered and threatened sea turtles, such as leatherbacks and loggerheads. But when seawalls are built, Godfrey said, it will cut off the turtles' access to the dunes.