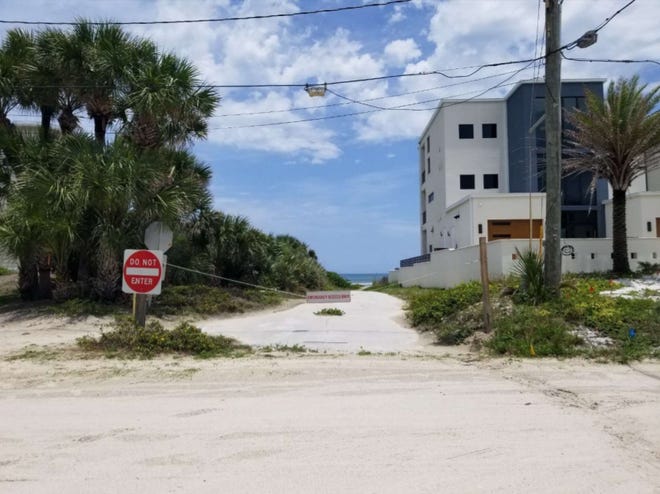 A dune walkover was instead agreed upon for 16th Avenue.

The decision prompted tears from the family who owns the home to the north. Kenneth Parker said his family has spent more than $250,000 fighting the county in court, because of safety and environmental concerns.

"We're not opposed to solving your (parking) problem, but you have other options," he pleaded with the council.

"The council is charged… to protect the environment, to protect the beaches and to protect the dunes," said his wife Diane Parker, who added the resultant traffic would be unsafe for residents and pedestrians alike. "I'm emotional because of the strain this has produced on our family."

"That does not include staff time. That's checks cashed to consultants," Coastal Director Jessica Winterwerp noted.

Staff have logged an estimated 2,525 hours on the project, including 325 from the legal department.

"Let's make this bleeding stop so we can move on," said Councilman Danny Robins, who represents New Smyrna Beach. "We're not going to use past administrations as a crutch. We are the leaders now."

"I'm truly just horrified at this whole thing," Councilwoman Heather Post said, in motioning to abandon the parking lot in favor of a dune walkover.

All voted for the motion except Councilman Ben Johnson.

Johnson said he was upset the county was being painted as the bad guy, as the city of New Smyrna Beach had initially asked for a project at 16th Avenue, albeit not the one the county settled on.

"I feel like we had the rug pulled out from underneath us," Councilman Fred Lowry agreed.