Southeast
A nurse shark swims through a coral reef in the Biscayne Bay National Park outside of Miami. Photo: National Park Service. 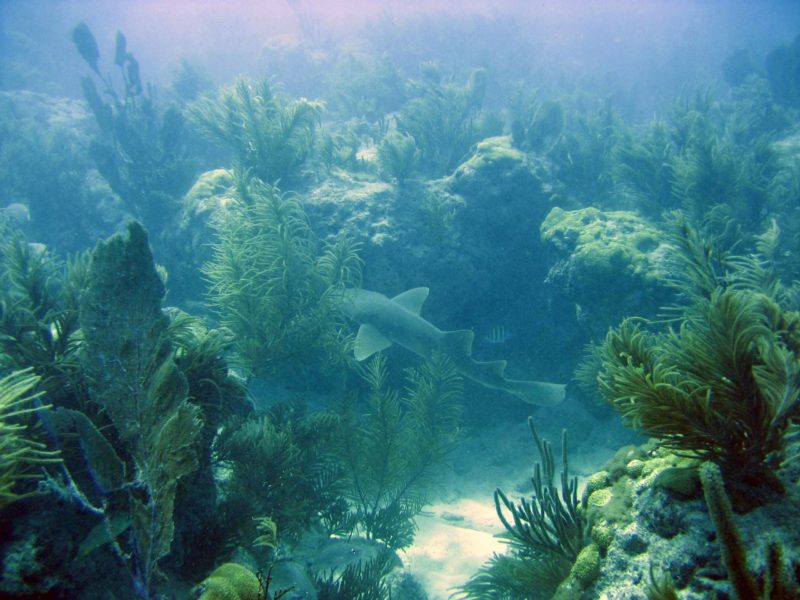 The University of South Florida recently received a $20 million grant to help sustain and replenish coral reefs and mangroves that protect coastlines from dangerous wave energy and sea level rise.

Announced Sept. 7, the National Science Foundation grant will aid a USF-led interdisciplinary team of researchers as they develop a standardized approach to protecting those critical ecosystems. Civil and Environmental Engineering Professor Maya Trotz oversees the research team, which includes university experts in her field, anthropology and marine science. It also features partners from six other academic institutions.

The goal is to create scalable and equitable engineering approaches that are easily replicable. Specifically, combining natural solutions, such as coral reefs and mangrove forests, with infrastructure – like seawalls and floodwater pumps – to address coastal erosion and sea level rise. Increasing environmental resilience to those threats can prevent the loss of life and millions in property damage.

“I hate to use a word like ‘economic valuation’ on something because not everything can be counted monetarily,” said Trotz. “But to put in terms that there’s more financing. There are more opportunities for, say, insurers to look at protecting and doing more with these ecosystems.”

According to a university release, the federal grant stems from the U.S. Coral Reef Conservation Act, which promotes the study, management and protection of those ecosystems. Similar legislation in Florida applies to mangroves.

The researchers hope to quantify the social and ecologic factors needed to develop effective policy changes and increase public and private investment into restoration and replenishment efforts. Due to its susceptibility to storm surge and sea level rise, and as the area is home to both coral reef and mangrove habitats, the USF team is focusing on the Biscayne Bay region in Miami. They also are traveling to the Mesoamerican Barrier Reef Complex in Belize and the U.S. Virgin Islands.

“What we hope to do is, work with at least three different geographies and different communities within those geographies,” said Trotz. “To sort of come up with a common language and framework that we want to use to make decisions about these nature-based solutions.”

While Tampa Bay is no longer home to naturally occurring coral, the region does possess an expansive mangrove ecosystem. Those forests also reduce wave energy and erosion, said Trotz, by capturing sediment before it is swept back out to sea.