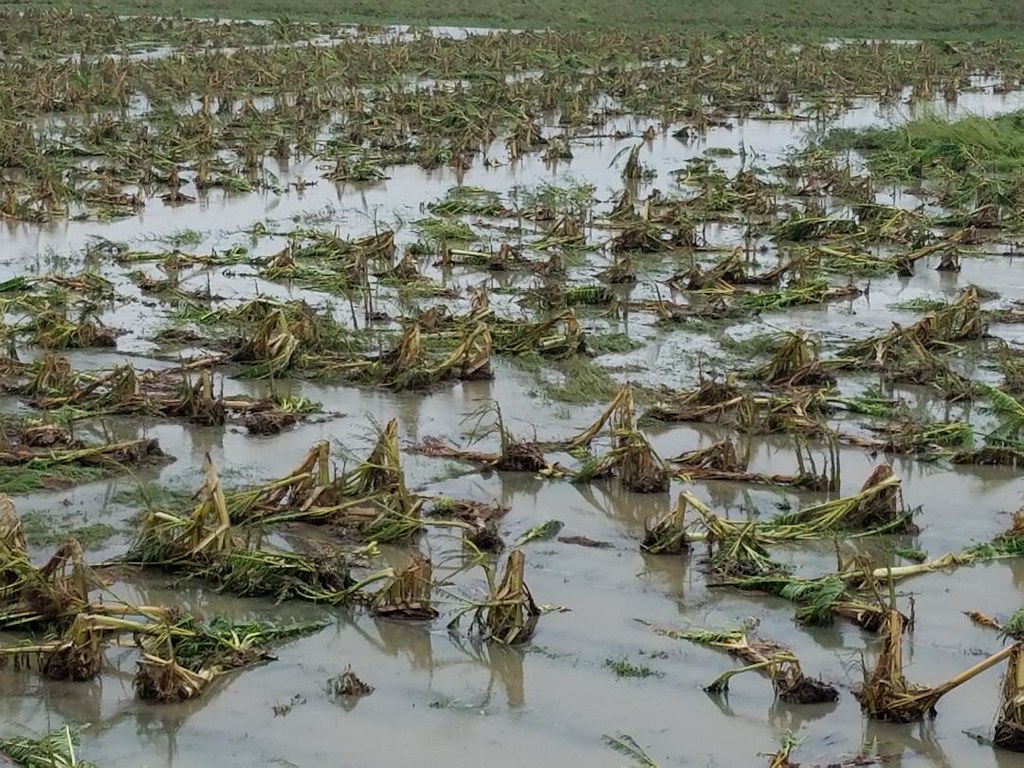 GAINESVILLE, Fla. — The combination of crops, livestock and aquaculture products lost as a result of Hurricane Sally will likely be valued between $55 million and $100 million, University of Florida economists predict.

The estimate was released as part of a new document, “Preliminary Assessment of Agricultural Losses and Damages resulting from Hurricane Sally,” from the UF/IFAS Economic Impact Analysis Program.

“Unlike most hurricanes, where wind is the driving force behind a majority of the damages, Hurricane Sally also included a lot of rainfall in a short period of time in an area that already had saturated ground,” said Christa Court, director of the program and assistant professor in the UF/IFAS food and resource economics department. “There were still impacts like pecans blown off trees, but we also have to account for significantly more water impacting crop fields and grazing lands than we usually see.”

The program conducts assessments after any event that disrupts the standard operations of Florida’s agriculture industry; usually, the surveys are deployed after natural disasters like hurricanes, floods and wildfires, but this year also included assessments of the impacts from the COVID-19 pandemic.

Court and her colleagues began collecting baseline data for agricultural losses and damages resulting from tropical cyclone events in 2016, in the wake of Hurricane Irma. Since then, the program has continued to improve its baseline and impact databases for these types of analyses.

Even with this comparison data available to the research team, analyzing Hurricane Sally’s impacts is still complicated, the preliminary assessment notes. Hurricane Irma’s winds had a minimal effect on the Panhandle region, with more impacts felt throughout South and Central Florida. And although Hurricane Michael’s reach overlapped some with Sally’s, the 2018 storm was more intense upon landfall and maintained its strength for a longer stretch inland, but its faster movement meant less precipitation overall.