Southeast
An aerial view of Mexico Beach on Sept. 30, 2020 shows new homes under construction among cleared slabs where homes stood before Hurricane Michael in 2018. The Cat. 5 hurricane slammed into the Florida panhandle on Oct. 10, 2018 destroying hundreds of homes and buildings. Patti Blake / The News Herald 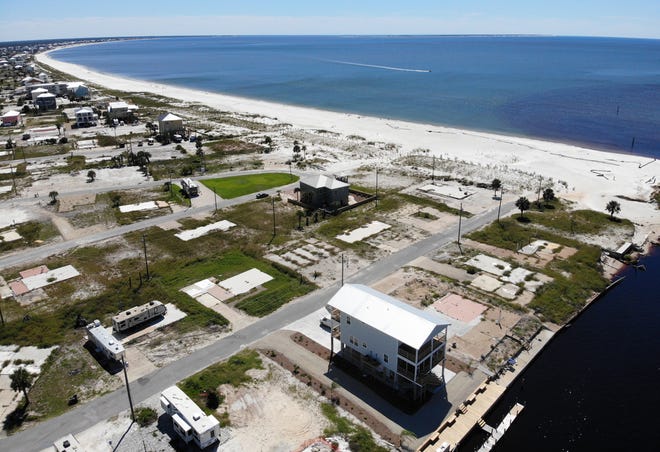 PANAMA CITY — For Panama City, the progress will be in the people.

"When we see our numbers coming back, as far as population, that's when we're going to be successful because that's when people are going to say 'that's where I want to live,'" said Panama City Manager Mark McQueen.

Panama City and the rest of Bay County on Saturday will mark two years since Category 5 Hurricane Michael struck, changing the area forever. Hundreds of homes were damaged or destroyed, thousands of trees were snapped and the lives of many families were uprooted.

Despite such devastation, much has improved in the last two years. The area has received hundreds of millions of federal dollars in reimbursement for cleanup efforts — in some cases faster than first expected. Housing has begun to bounce back and programs were created to help people buy homes. Schools have established mental health services to help traumatized students get back on track with their studies.

Still, from the city facing a crumbling infrastructure further damaged by the hurricane to a shrinking population and housing rent costs remaining abnormally high because of insufficient stock, the county has much more recovery to do.

Panama City back from the brink

In the first five months post-storm, Panama City had 14,278 changes of address registered with the post office.

"We're moving in a direction that's indicative of what's on the horizon of this great community," McQueen said.