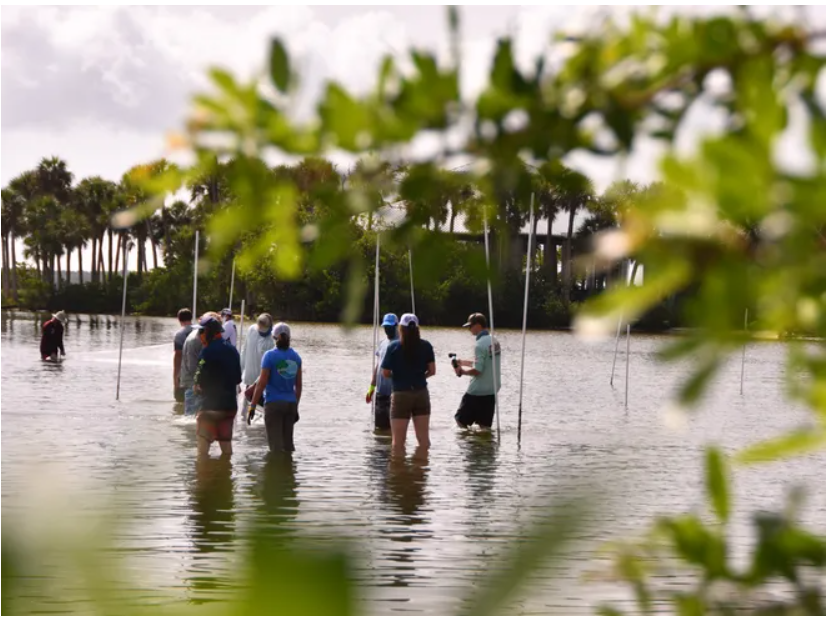 Whatever genes it takes to survive our collective waste, these clams seem to have them. They are, in the words of one researcher, "super clams."

According to some scientists, these bivalve heroes could be a key to helping restore the waters of the Indian River Lagoon and help solve the problem of one of Florida's worst man-made environmental messes.

We provide plenty of sewage, fertilizer and runoff that fuels algae for them to wolf down. And these tough clams do. Despite recent dips in the lagoon's salt and oxygen levels and thick mats of seafoam, the baby clams recently transplanted from hardy lineages in Mosquito Lagoon to a lab, then to waters near River Rocks restaurant in Suntree, are providing glimmers of hope that the "super clams" could join an army of other filter feeders to help cleanse the ailing estuary.

As the Indian River Lagoon waters morphed over the decades from crystal clear to pea-soup green, then dark brown and foamy this fall, these clams didn't flinch much under the algae overload. And that's got the lead researcher who discovered their abilities as happy as a, well, clam.

"They don't seem to be having any trouble with that, and that's amazing," said Todd Osborne, associate professor of biogeochemistry at the University of Florida's Whitney Laboratory for Marine Bioscience in St. Augustine. "Throughout that process of green water, we've had no issues with our clams."

Even with the recent fish kills and foamy algae breakdown that Osbourne thought might claim all his clams, they held strong.