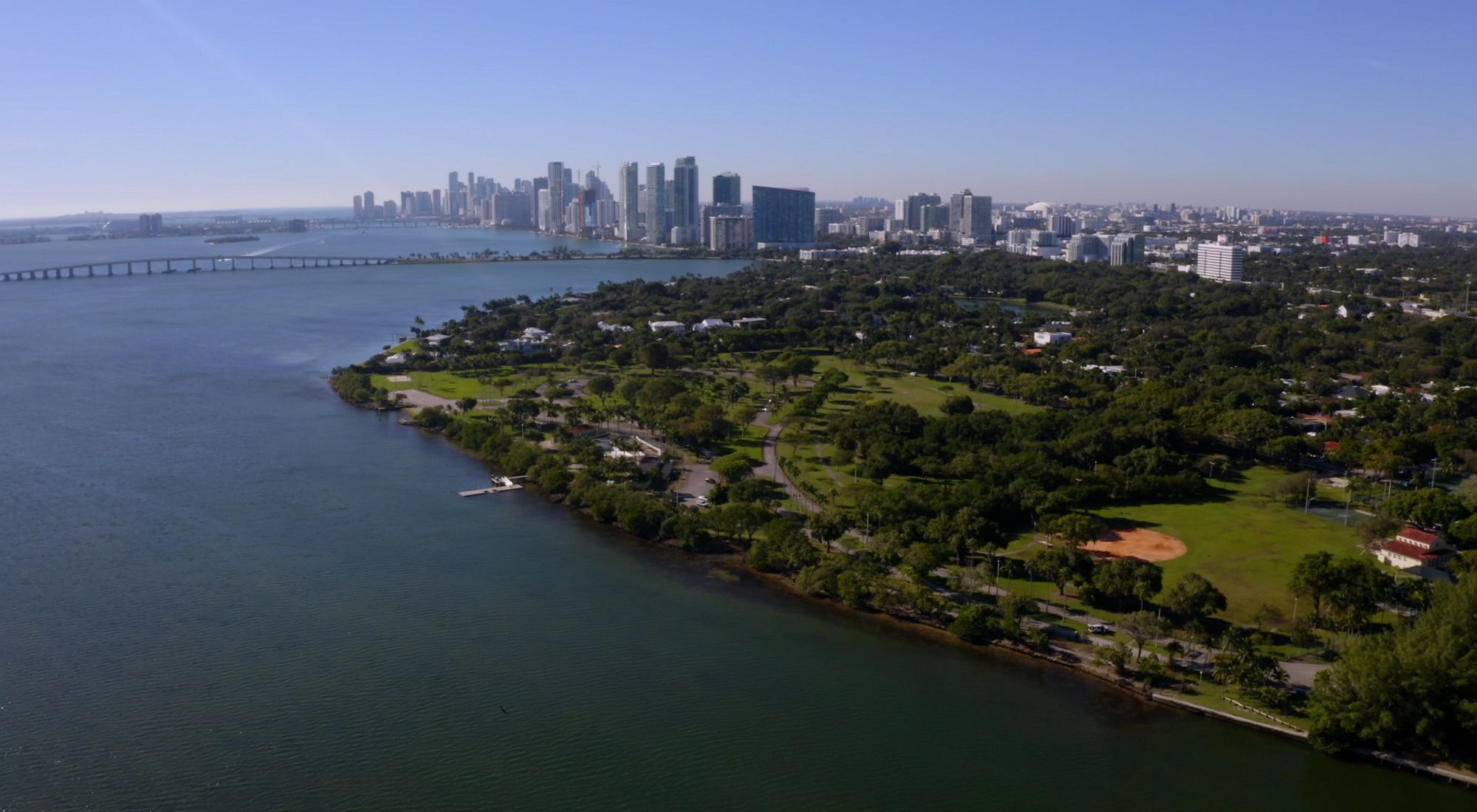 Improving resilience to sea level rise and extreme weather while enhancing greenspace along the vulnerable coastline of Miami's waterfront.

Project funded with support from the Chubb Charitable Foundation.

TNC, the world’s largest conservation organization, and The City of Miami officially announce a collaboration to restore the City’s historic Morningside Park waterfront—the Morningside Park Resilient Shoreline Project—an effort that will enhance and strengthen nature to reduce flood risk for the park and surrounding community along Biscayne Bay.

With the support of the Chubb Charitable Foundation, TNC is partnering with the City of Miami to design the restoration of the Park’s vulnerable shoreline. TNC scientists completed a thorough analysis using sophisticated storm modeling tools for several project locations along Biscayne Bay, before determining Morningside Park had the greatest potential for flood risk reduction and cost benefit using nature based solutions.

TNC’s focus on enhancing and restoring natural features—green infrastructure—along the Park’s shoreline will bolster the City’s overall plan to make the park resilient to current and future threats of climate change, including sea level rise and extreme weather conditions.

The Miami-focused collaboration between TNC and the Chubb Charitable Foundation began in November 2018 with a $1 million grant from the Foundation, dedicated to implementing natural solutions to reduce risk from coastal hazards. With populations continuing to expand in cities along Florida’s shoreline, proper planning with nature and protection of natural systems along our coasts has become even more critical. Miami ranks as the U.S. metropolitan area with the highest number of homes threatened by storm surge, as noted in a 2020 Corelogic Storm Surge Report, and the insured value of property on the Florida coast is approximately $2.9 trillion, according to AIR Worldwide.

“Florida is at the global forefront of climate change and its impacts, and Morningside Park is a perfect example of how vulnerable our coastlines are. The Nature Conservancy is committed to protecting our coasts and coastal communities through scientific research, informing policies that reduce CO2 emissions, and innovative projects like the Morningside Park Resilient Shoreline. Thanks to supporters like the Chubb Charitable Foundation and willing partners like the City of Miami, this project can demonstrate that nature is a powerful ally in mitigating and adapting to the impacts of climate change,” said Temperince Morgan, executive director of The Nature Conservancy in Florida, adding, “TNC is dedicating immense resources to both the long and short term solutions to climate change, and we need to scale up these efforts to state, national and global levels to see the greatest positive results. We hope that by demonstrating the resilience and cost-effective outcomes that nature-based solutions can offer at Morningside Park, more cities in Florida and beyond will recognize and adopt similar strategies.”

For nearly 70 years, Morningside Park has served as a connection to nature and recreation for residents from across Miami, as well as a critical component for flood protection to the surrounding community. The historic Park has seen continual impacts from king tides and storm surge, resulting in shoreline erosion, periodic flooding and occasional field closures. Morningside also faces challenges due to the limitations of its original storm water system. The Resilient Shoreline Project will compliment broader restoration work planned by the City of Miami to address these issues, while strengthening the park’s natural systems to provide resilience to climate change and enhance the beauty and benefits of the park to the community.

Potential project restoration plans will maximize use of natural solutions including strategically planting mangroves and native vegetation to reduce erosion, adding a vegetated berm to decrease flood risk to the park and surrounding community, and expanding the intertidal zone with green/gray infrastructure to reduce wave energy and provide estuarine habitat. By enhancing natural elements along the water’s edge and throughout the park, the project will also provide a healthy habitat for wildlife and improve water quality in the Bay.

“The City of Miami is fully engaged in the critical work of becoming a more resilient community and adapting to our changing climate,” said Miami Mayor Francis Suarez. “We welcome our new partnership with The Nature Conservancy – with the funding support of the Chubb Charitable Foundation – and we look forward to bringing nature-based solutions to the waterfront at Morningside Park. Our hope is that this project will both safeguard our coastline and become a prototype for future green infrastructure solutions in Miami.”

“As a property and casualty insurer, Chubb recognizes that mitigating the growing threat of climate change requires action from government, the private sector and society-at-large. Through Chubb’s collaboration with The Nature Conservancy, we can help make a difference not only in this resilience project with the City of Miami, but gain practically tested insights that can be replicated around the world in other coastal cities vulnerable to climate change,” said Lori Dunstan, Executive Director, Chubb Charitable Foundation.

"Morningside Park has provided generations of Miami residents with access to our beloved, but vulnerable, Biscayne Bay. I am proud to work with The Nature Conservancy to support new initiatives like the Resilient Shoreline Project that will protect my constituents living around Morningside Park from coastal flooding. By implementing a hybrid of smart engineering and natural defenses—like marshes, mangroves and coral reefs—we can fortify the coastline so that future generations can continue to enjoy this vital section of our city's shores," said City of Miami District 2 Commissioner Ken Russell.

The local community will have the opportunity to provide suggestions and engage in the degin planning process, so that resident and park user needs are incorporated as the project plans are developed and finalized. Volunteer and hands-on community events will support restoration (as COVID restrictions allow).

Throughout Florida and globally, TNC works to protect people and economies with nature, and helps them adapt to the threats of a changing climate using natural solutions. TNC utilizes science, innovation and expertise to address urgent issues and achieve the greatest impact. TNC has recently coauthored studies that affirm the value of natural solutions in Florida and beyond including the reports, “Valuing The Flood Risk Reduction Benefits of Florida’s Mangroves” and “Rigorously Valuing the Role of U.S. Coral Reefs in Coastal Hazard Risk Reduction,” which point to billions of dollars in property losses prevented and infrastructure protected by nature.