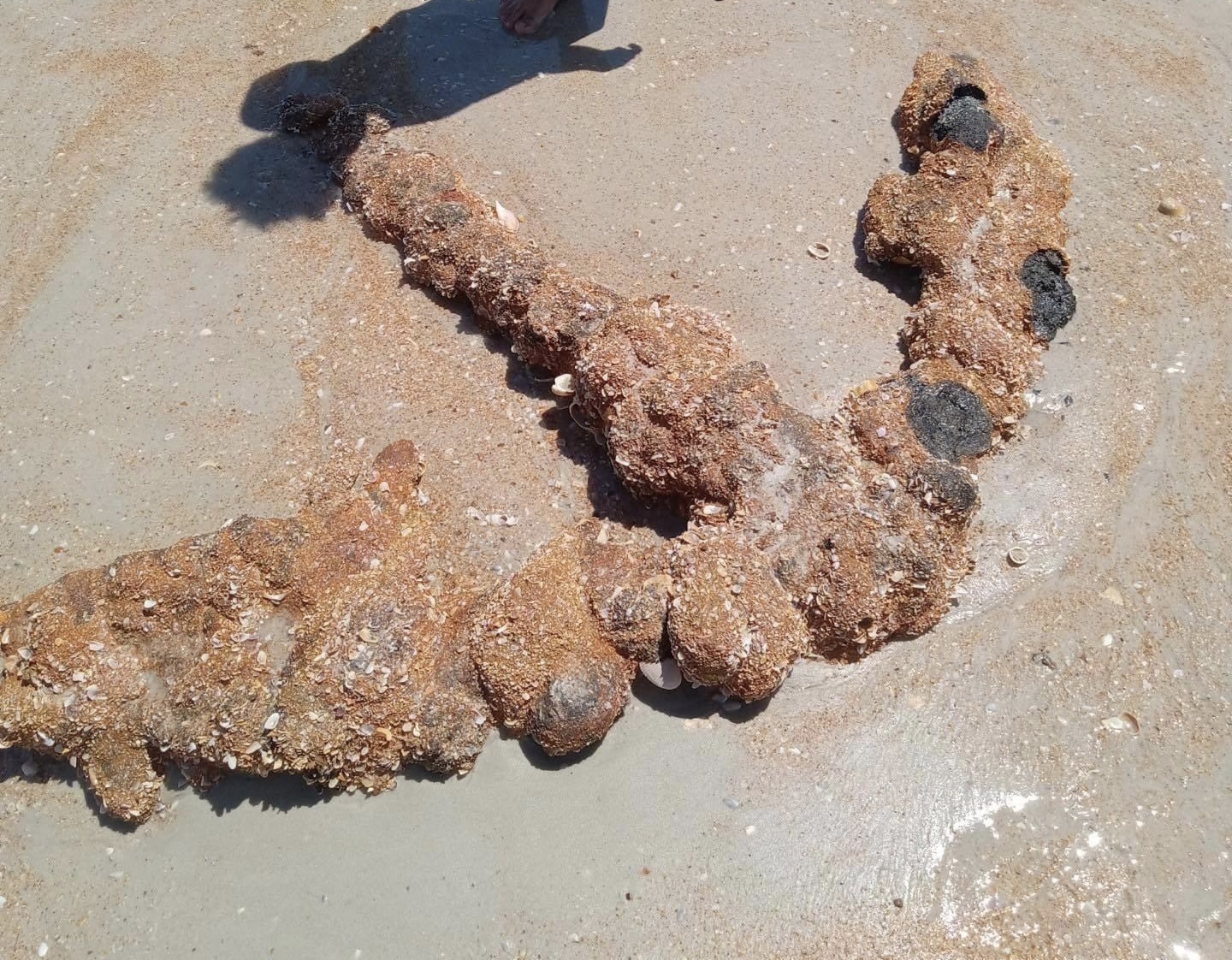 It’s not exactly a silver lining in the nearly colossal loss of sand and dunes north of the Flagler Beach pier in the last few weeks. But it’s something. As the sea sheared off layer after layer of sand, it emerged: an old, gnarly anchor, its invisible metal roiled in barnacles and coquina, but its shape still stately and unmistakable, as if still ready but for chains, in Herman Melville’s phrase, “to cast anchor in the deep.”

“John Porcella was out combing the Flagler beach Monday with his metal detector when he came upon an old ship anchor,” Flagler Beach City Commission Chairman posted on his Facebook page.  Erosion had exposed the anchor. It attracted attention, some of it undue. The Flagler County Historical Society had a report that “that damage was being done to the anchor by someone with a hammer.”

But between city officials and staffers, the Historical Society, Bryan’s old connections in St. Augustine, and Mayor Suzie Johnston’s call to the St. Augustine Lighthouse Archeological Maritime Program, known as LAMP, by afternoon a LAMP team of seven was on the ground, or rather in the water, feeling its way around the old artifact. The tide had come back in by then, so the team was not having an easy time of it. But they’ve returned since, conducting a small excavation and covering up the anchor afterward to protect it.

The roughly five-foot anchor, believed to weigh between half a ton and a ton, has not yet been given an age. “So right now, it’s about the type of materials as well as the shape,” Airielle Cathers, a dive safety officer and a maritime archeologist with LAMP, said, just out of the water. “Throughout the years anchors have had a very distinct manufacturing shape. And so it’s fairly easy at least to identify down to the century. So that’s kind of what we were hoping to at least be able to do–take some measurements, do some 3D modeling, and then take it back to our lab to analyze it further to find out exactly what the angles of the flukes are.” An anchor’s flukes are the arrow-like projections that dig into the seafloor.