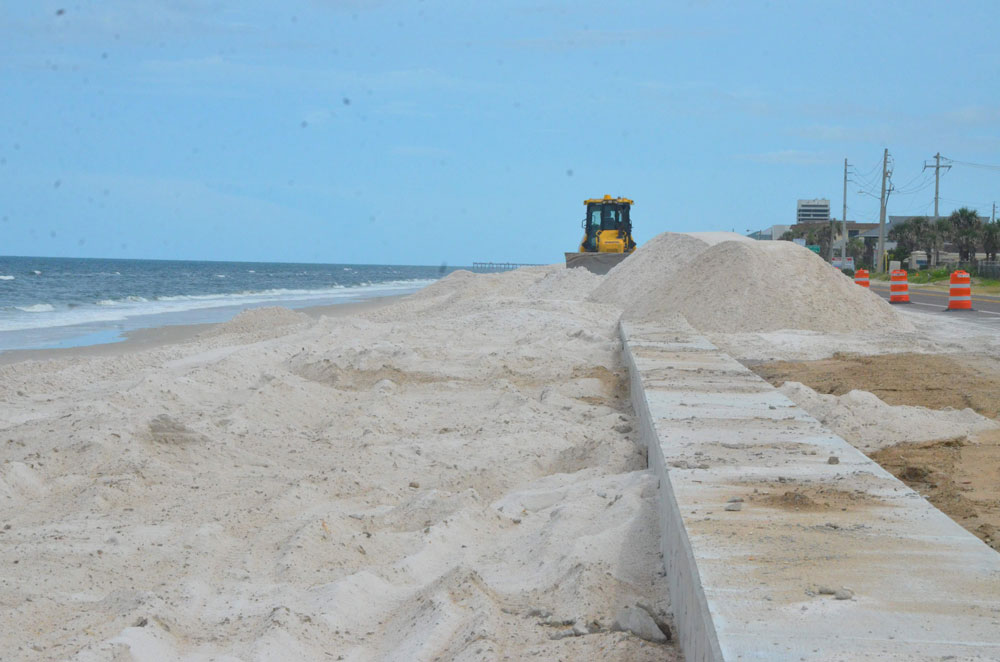 In another big step in the the plan to rebuild dunes along Flagler’s 18 miles of shore, the county secured a $3.8 million state grant to build the segment that parallels Gamble Rogers State Recreation Area at the south end of Flagler Beach, extending the planned 2.6 miles of dune reconstruction by the U.S. Army Corps of Engineers in the city.

But false claims, disinformation, made up fears, “fairy tales” and allegations of government threats are hampering the county’s efforts to secure the necessary easements from a small group of hold-out property owners. Without the easements, the U.S. Army Corps will not proceed on its $25 million portion of the fully-funded project. That project was to have been under way by now and completed by December. It’s not clear when it will start.

“It’s the purveying of these false statements that is causing some people to hesitate, because they don’t know,” County Attorney Al Hadeed said Thursday evening, addressing the Flagler Beach City Commission and referring to hold-outs. The number of easements still not secured has been stuck at 13 (with 128 secured) for weeks. Flagler Beach volunteers have raised $60,000 through a GoFundMe account literally to pay off hold-outs, if that’s what they’re wanting.

Hadeed said the plan has met with some successes in the South 2700 block on State Road A1A, “but I do have an owner there that is very strident in not believing that this is an appropriate project.” That owner and others have been susceptible to believing bogus claims, Hadeed said, among them that easements acquired by the county would somehow be transferred or signed over to a third entity, “and that is a fairy tale, that’s an absolute fairy tale,”  Hadeed said.