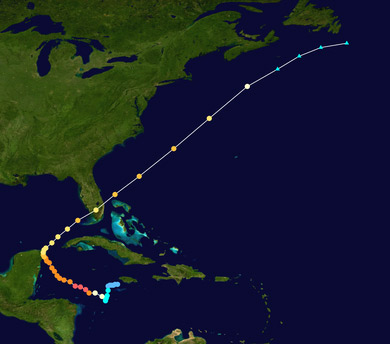 FL - THE STORMS WE REMEMBER

12 years apart, these two storms made a huge impact in the Keys

For locals who lived through both Hurricanes Wilma and Irma — two of the most destructive storms in the Florida Keys in recent memory — the differences are stark. Wilma, in 2005, was mostly a surge event. It was a confusing moment — the Keys were rocked by flooding while experiencing very little wind or rain.

Irma, on the other hand, was the classic hurricane nightmare. It seemed to zero in on the Keys days in advance and build in power and strength until it unleashed on the Lower Keys with high winds and damaging floods in 2017.

They have two similarities, though. One, both had big impacts on the island chain. Two, both had already passed over land within a day of landing in the Keys.

“Wilma spent some time over the Yucatan and Irma went over the north central coast of Cuba,” said Jon Rizzo, the warning meteorologist for the National Weather Service in Key West. “Had that not occurred in either storm, we would have likely been facing much stronger impacts from both of them.”