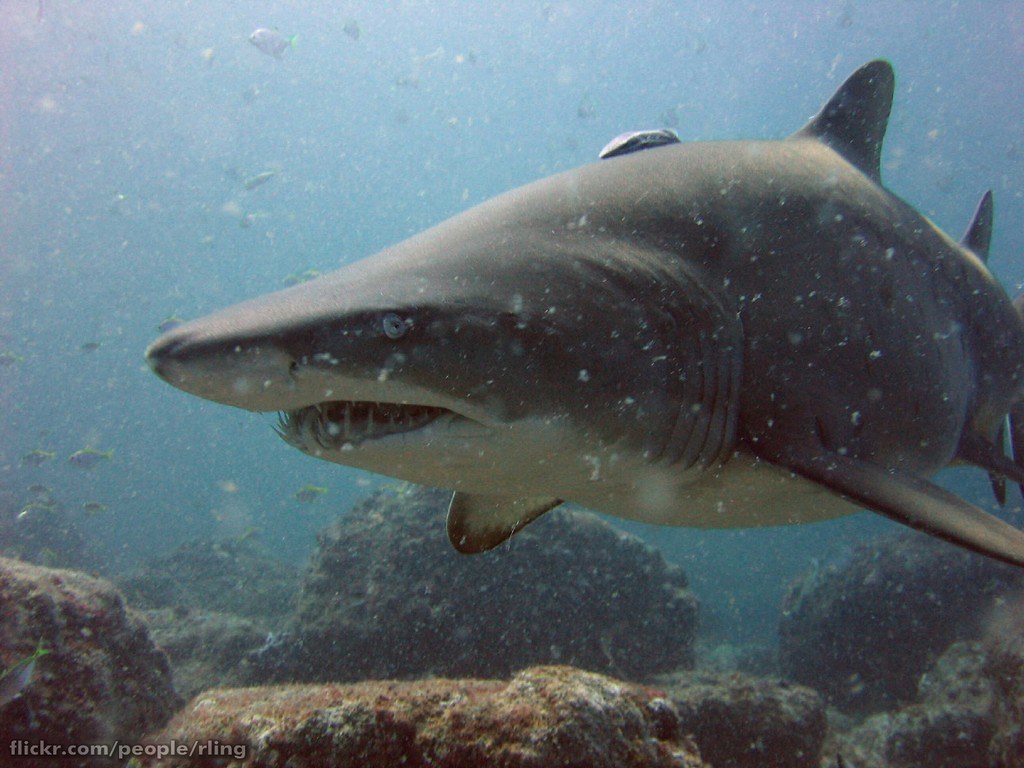 While many land-based predators such as wolves avoid cities, scientists tracking sharks in Florida's Biscayne Bay found the fish spent just as much time near Miami as away from it.

Certain kinds of wildlife are notorious for thriving in urban settings. Think rats, rock pigeons and even the occasional coyote. Now, Florida scientists have added another creature to the list: sharks.

While many large predators show little appetite for city living, an intriguing project tracking the movements of sharks as fearsome as hammerheads revealed the fish are unexpectedly tolerant of life up close to the 6 million humans of greater Miami.

“We were surprised to find that the sharks we tracked spent so much time near the lights and sounds of the busy city, often close to shore, no matter the time of day,” said Neil Hammerschlag, director of the University of Miami’s Shark Research and Conservation Program.

Ecologists group animals into two main categories when it comes to their tolerance for human development. Some, like raccoons or rats, have figured out how to capitalize on the trash we make and the nooks and crannies we build. They are “urban exploiters.” Then there are the animals like mountain lions, lynxes and wolves that generally give human infrastructure a wide berth, often abandoning habitat where roads or buildings encroach. These are the “urban avoiders.”

As that list suggests, on land, big, toothsome predators generally keep their distance from the din of the city. But less is known about their aquatic counterparts. So, a group of researchers set out to see if the sharks of Miami’s Biscayne Bay might shed some light on the matter.

The bay, a 730-square kilometer lagoon extending from the Atlantic Ocean, offers a kind of natural laboratory for seeing whether sharks prefer city living or, like many other large predators, seek quieter waters. The bay’s northern end is home to the crowded shores of downtown Miami, thick with marinas, noisy boat traffic and light pollution. At the southern end of the bay, meanwhile, lie the mangrove forests and quiet reefs of Biscayne National Park.

To monitor shark behavior, the researchers caught three different species of sharks there—the relatively sedate nurse sharks, bull sharks, and the biggest of the bunch, great hammerheads, which can grow as long as a minivan. They attached small radio transmitters to the sharks, either by surgically implanting them or, in the case of the hammerheads, piercing the skin and leaving it outside the shark’s body.