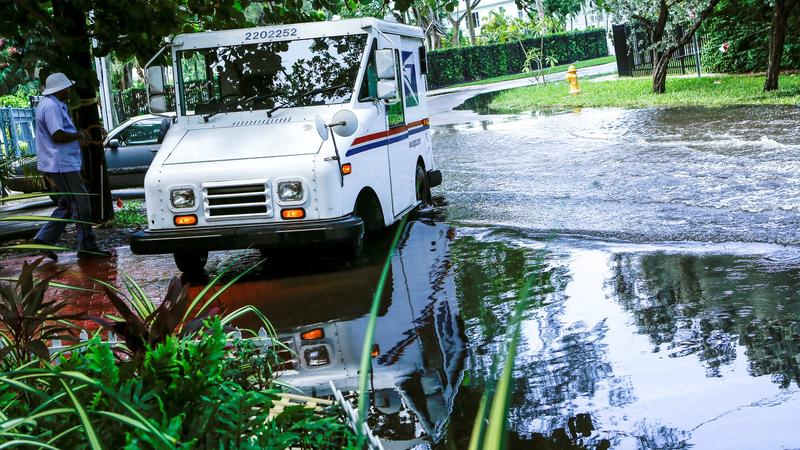 FL - 'The Guardian' Asks: Will Florida Be Lost Forever To The Climate Crisis?

Few places on the planet are more at risk from the climate crisis than south Florida, where more than 8 million residents are affected by the convergence of almost every modern environmental challenge – from rising seas to contaminated drinking water, more frequent and powerful hurricanes, coastal erosion, flooding and vanishing wildlife and habitat.

If scientists are right, the lower third of the state will be underwater by the end of the century. Yet despite this grim outlook, scientists, politicians, environment groups and others are tackling the challenges head on.

Below are some of the biggest threats posed by the climate crisis to south Florida today, along with solutions under consideration. Some of these solutions will have a lasting impact on the fight. Others, in many cases, are only delaying the inevitable. But in every situation, doing something is preferable to doing nothing at all.

The threat: By any estimation, Florida is drowning. In some scenarios, sea levels will rise up to 31in by 2060, a devastating prediction for a region that already deals regularly with tidal flooding and where an estimated 120,000 properties on or near the water are at risk. The pace of the rise is also hastening, scientists say – it took 31 years for the waters around Miami to rise by six inches, while the next six inches will take only 15 more. At such a rate, many of Miami Beach’s landmarks, the world famous South Beach, and the picturesque art deco hotels of Ocean Drive, will be lost within three decades, according to some studies.

Possible solutions: Dozens of municipalities, the four counties of south-east Florida, and partner groups such as the Nature Conservancy have combined their efforts through the south-east regional action climate plan to tackle the crisis. In Miami Beach, dubbed the “ground zero” of sea rise, a multifaceted and costly Rising Above program is already under way. It includes elevating roads, building new sea walls and installing new and higher capacity pumps and drainage systems to alleviate flooding. In the Florida Keys, the approach will probably tilt more towards managed retreat: abandoning areas too expensive to maintain and focusing on measures with a better cost-benefit ratio. Parts of the Keys are going to simply disappear, some within two decades.

The cost: The participating counties and municipalities are contributing to a $4bn statewide spend, including Miami Beach’s $400m Forever Bond, a $1bn stormwater plan and $250m of improvements to Broward county’s sewage systems to protect against flooding and seawater seepage. In the Keys, many consider the estimated $60m a mile cost of raising roads too expensive.