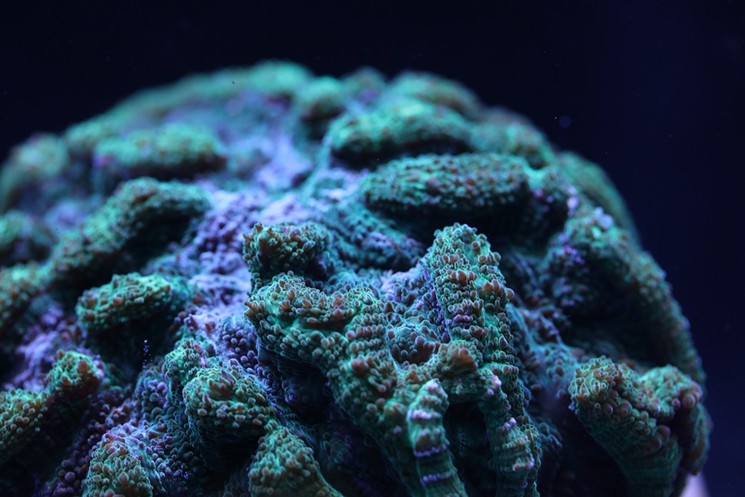 Florida Aquarium along with partners has been the first organization to successfully spawn certain Atlantic corals using lab-induced techniques.

One day in early April, coral scientists at the Florida Aquarium in Tampa received a surprise when they found a baby coral in one of their tanks. They'd been keeping their eye on a different coral species that was expected to reproduce, but they hadn't seen any results. The larva indicated that one of the other corals had started spawning instead.

Using special larval collector buckets, the scientists decided to observe the ridged cactus coral, a stony coral in shades of blue, green, and red that look almost peacock-like in photos. They placed it in the buckets overnight and awoke the next morning to find hundreds of larvae inside. The event marked the first time ridged cactus coral has ever reproduced while in human care.

In the past year, the aquarium has made several breakthroughs in coral spawning, advances that might have significant implications for reef restoration. Last August, in partnership with the Horniman Museum and Gardens in London, it became the first organization to successfully spawn Atlantic pillar coral using lab-induced techniques — the first time this had ever been done with any Atlantic coral species.