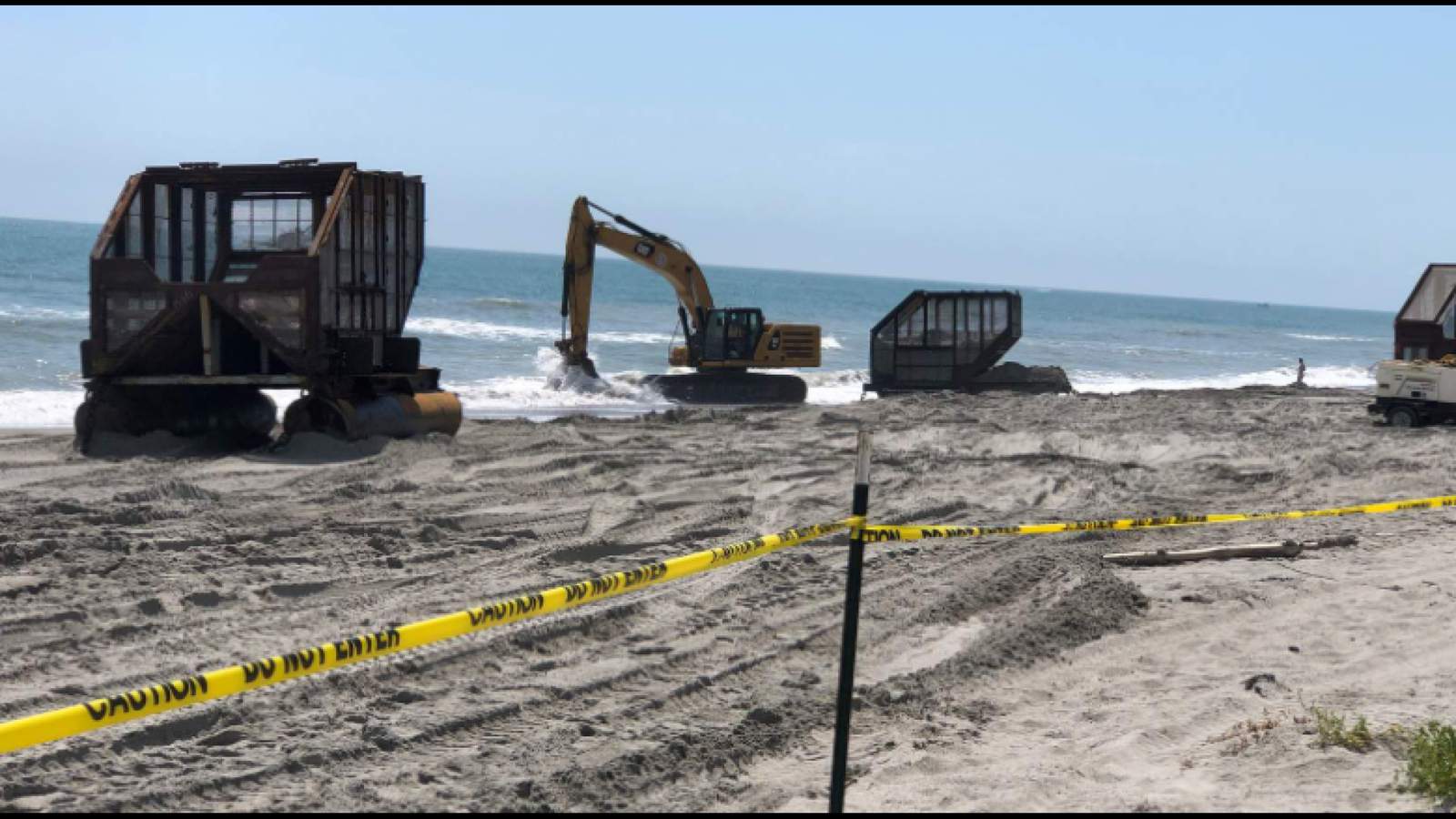 COCOA BEACH, Fla. – Tens of millions of dollars is being spent to repeatedly rebuild Central Florida beaches as the effects of climate change chew away the sand. One project is currently underway in Cocoa Beach, where the U.S. Army Corps of Engineers is working to renourish four miles of beach just north of Patrick Space Force Base.

Yellow tape ropes off an area where crews are working to bring 25,000 truck loads worth of new sand to shore. He said they are building the beach higher to protect roads, homes and the creatures who live in the dunes from rising sea levels and stronger hurricanes.

“It is coastal engineering. I mean, you’re trying to hold a shoreline in place forever,” said Dr. Rob Young.

Young is the director of the Study of Developed Shorelines at Western Carolina University. He has tracked nearly every beach renourishment project across the nation.

His findings showed it is a constant process that can be very expensive. For example, according to his research, the stretch of Cocoa Beach that is currently being worked on has been renourished ten times before.