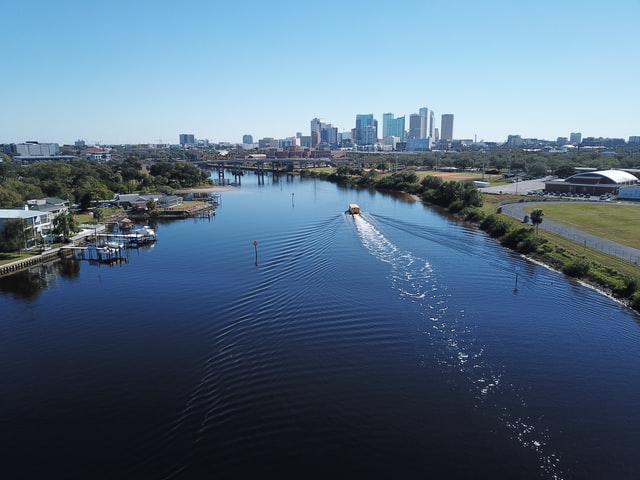 Tampa Bay lost about 13 percent of its seagrass in recent years, a survey shows, leaving the ecosystem short of a goal for building upon decades of environmental progress.

Between 2018 and 2020, the bay saw an estimated decline of 5,411 acres of seagrass, according to reviews from the Southwest Florida Water Management District.

“That’s ... less area for manatees to feed on, for fish to hide out and crabs to hide out in their early life stages,” said Maya Burke, assistant director of the Tampa Bay Estuary Program, which announced the news this week. “That’s not just noise.”

Tampa Bay contained about 35,240 acres of seagrass, according to an estimate based on aerial pictures. The results, Burke said, track with what Tampa Bay Estuary Program staffers have seen examining tracts of seagrass in the water.

Chris Anastasiou, chief scientist at the Water Management District, said the acreage estimate brings the bay down to a level similar to 2012.

Seagrass is a keystone of the ecosystem, according to Anastasiou. His agency surveys beds in Tampa Bay and to the south every two years.

“It’s a great way to measure the overall health of an estuary,” he said.

Big algae are replacing seagrasses in some parts of Tampa Bay, according to the local Estuary Program, which works on restoration. The organization recently upped a goal to maintain at least 40,000 acres of seagrass in the bay, compared to a previous target of 38,000 acres. The latest results show the region would be short by either measure.

Seagrass supports clearer water, feeds animals such as turtles and acts as a nursery for fish. Burke said it is a “workhorse” that helps trap carbon, too, forming a natural defense with marshes and wetlands against emissions that worsen climate change.