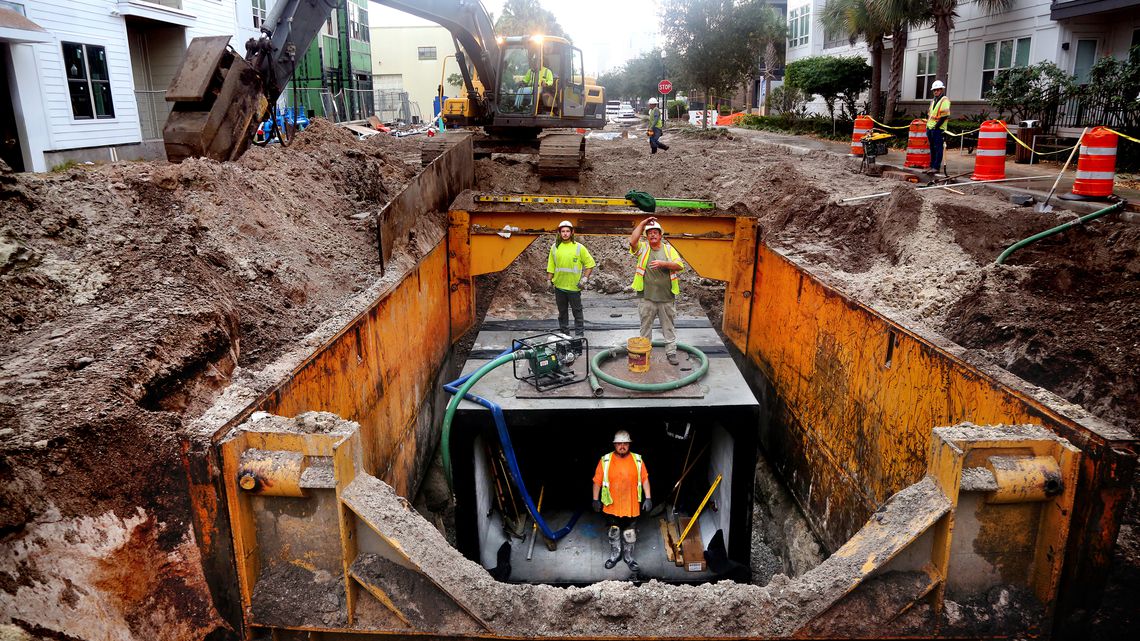 TAMPA — As a crane noisily lowered an enormous pipe into a 12-foot hole along West Gray Street recently, Mobility Director Vik Bhide said this work would provide relief to a huge area of West Tampa, reducing the flooded streets and standing pools of water that have plagued the largest city bordering Tampa Bay since its founding.

Yet as dramatic as the pipe project looks, it’s only the beginning of what Tampa needs to protect itself from changing climate. Rising seas could eventually erase the massive $251 million program in stormwater improvements approved by the City Council in 2016 unless more is done.

Property owners have already paid five years of fees from that 2016 assessment that will soon reach nearly $90 a year for the owner of an average-sized home. Over the next 25 years, those fees will help pay for the large-scale overhaul. And, Bhide said, the city hopes to piggyback on the extensive water and sewer repairs being done all over the city as part of its $2.9 billion infrastructure repair plan, which was approved last year.

Larger pipes, raised roads and more pumping stations will help, but only so much, he said.

“Even that will reach a limit,” Bhide said. “We’re going to have to do something different.”

A study completed earlier this year concluded that higher seawalls and beefed-up shorelines bolstered by native plants like mangroves would help. Eventually, so will limiting development in high-risk coastal areas, Bhide said.