Southeast
Hurricane Matthew’s aftermath at the south end of Flagler Beach in 2016. (Olsen) 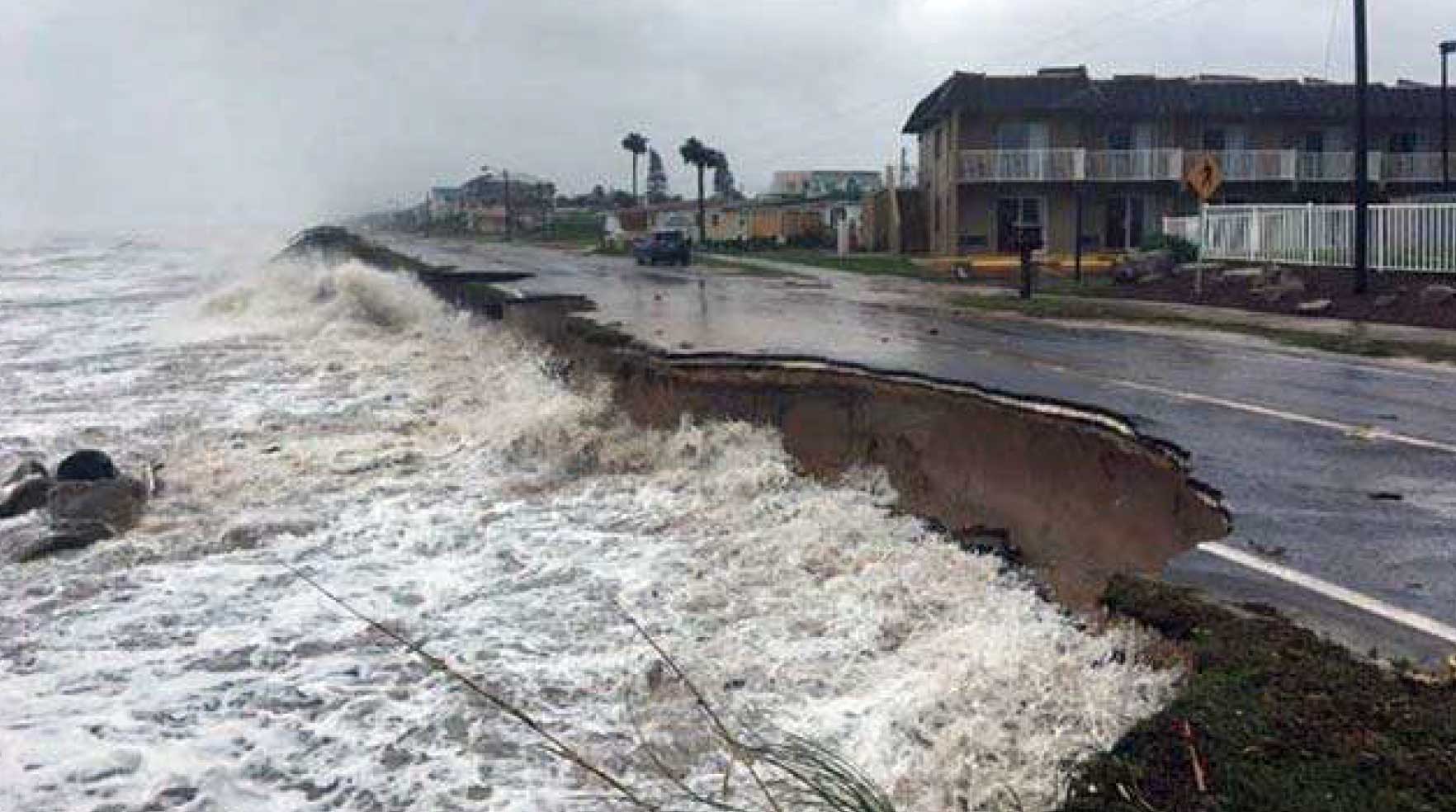 FL - Study: Flagler's Beaches Are Eroding Critically, and Will Cost County Alone $5 to $13 Million a Year to Slow

This is not what residents of Flagler Beach–or Flagler County–want to hear, certainly not after huge and alarming carve-out of sand and dunes north of the pier in the last two weeks: anecdotal speculation to the contrary, much of that sand is not coming back. Not unless documented erosion trends of the last 49 years, or documented acceleration of erosion in the past 10, is to reverse course.

Flagler County’s 18 miles of beaches have lost 3.6 million cubic yards of sand since 1972. Almost a third of that loss has occurred in the last 10 years, an indication of how much faster erosion and sea level rise are carving out the barrier island. The state Department of Environmental Protection has declared 45 percent of Flagler County’s shoreline critically eroded.

Those are the findings of the most comprehensive beach-management study to date in Flagler County, a 174-page document produced by Jacksonville’s Olsen Associates for Flagler County government and its engineering department. The document is a preface to the county’s moves toward a long-awaited, long-delayed beach management plan. Consultants are presenting the results of their study to the County Commission on Monday morning.

Those results paint a stark picture of the consequences of climate change and sea level rise, consequences that are not only irreversible for now, but that are on an accelerating course. The National Oceanographic and Atmospheric Administration (NOAA) projects an average increase of one foot along the east coast over the next 30 years–equivalent to the same level of sea rise over the previous hundred years, the study states.

“Future climate change and the associated acceleration in the Mean Sea Level (MSL) will increase storm surge levels, which in turn will exacerbate coastal erosion and flooding/inundation of low-lying areas,” the study finds. Sea level rise “will additionally adversely affect the performance, benefits and feasibility of beach nourishment projects. Specifically, an increase in the mean water level will contribute to shoreline recession and increase the sand loss rate from the beach.”

The study’s results will shock, depress and bewilder: the amount of sand lost, and that continues to erode, is colossal and relentless, and the costs to merely slow down the erosion at least for the next half century are crushing.

Unlike Volusia and St. Johns County, which have long had beach-management divisions and beach-management plans, Flagler County has neither, and is only relatively recently getting around to developing a beach-management plan. Hurricanes Matthew, Irma and Dorian accelerated the urgency. Flagler County, in other words, may be playing catch-up on a slow-building catastrophe of the last decades that has it far behind, and in a place from which it will have difficulties recovering. The required repairs the study outlines are momentous, the costs are prohibitive, potentially leaving the county looking for piecemeal fixes yet again or being tempted to further kick the can down the road yet again.