Southeast
Residents in Fort Lauderdale's Rio Vista neighborhood are still trying to get back to normal on Tuesday after a series of sewage main breaks that began on Dec. 10. Mike Stocker / South Florida Sun Sentinel 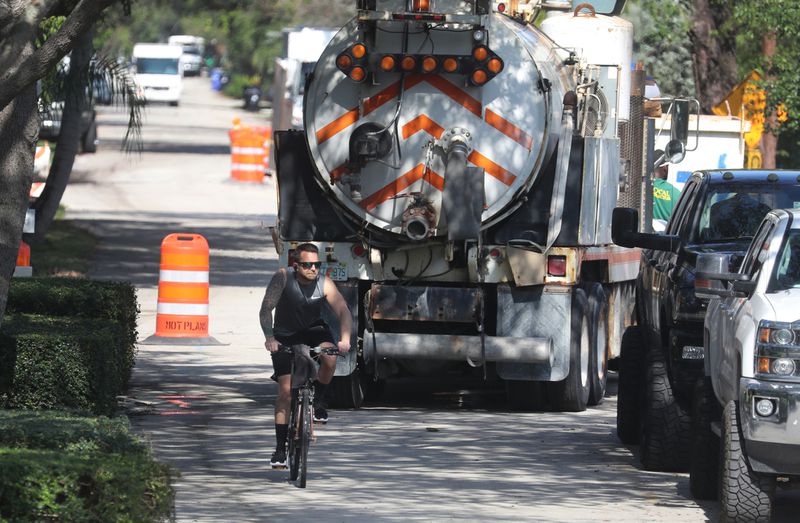 FORT LAUDERDALE — After a series of epic sewage spills that killed fish and fouled the air in neighborhoods from Rio Vista to Coral Ridge, Fort Lauderdale was hit with a $2.1 million whopper of a fine — the largest in state history.

But on Tuesday night, commissioners approved a deal with state officials that would allow the city to spend more than $3 million on an environmental restoration project in lieu of paying the fine.

“This is a great win-win in my eyes,” Commissioner Ben Sorensen said after the vote. “We can partner with the state and improve the quality of our waterways.”

More than 211.6 million gallons of sewage leaked from Fort Lauderdale’s aging pipes into waterways and streets —the state’s largest spill on record — between December 2019 and February 2020.

The state Department of Environmental Protection surprised city officials with a $1.8 million fine in February. The fine, which includes a civil penalty of $1.74 million, ballooned to $2.1 million in June due to additional spills.

On Tuesday night, City Manager Chris Lagerbloom urged the commission to approve the new consent order so the city could “put this all behind us.”

Lagerbloom said state officials notified him on Friday that if the consent order was not approved this week, they planned to order the city to pay the $2.1 million fine and take away the option of investing in a restoration project.

“The Florida Department of Environmental Protection indicated to me that if the amended consent order was not on the commission agenda for consideration [Tuesday night], they would no longer agree to an in-kind project and would file a complaint,” Lagerbloom told the South Florida Sun Sentinel. “A complaint is a form of judicial action alleging a violation of a rule or statute. Ultimately, we concluded that agreeing with the amended order and pursuing an investment in the environment far outweighed a fine or other protracted legal process.”