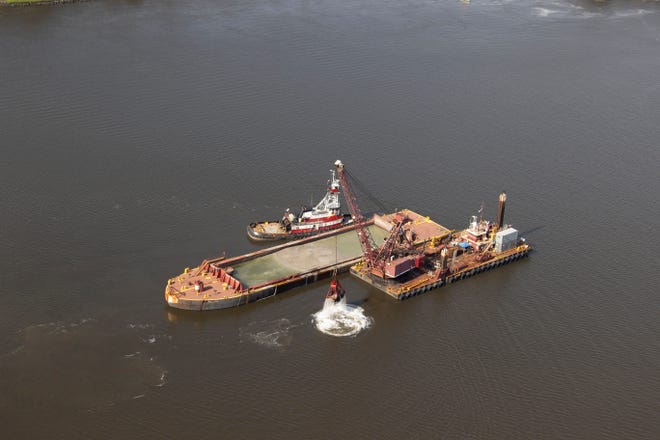 The biggest dredge in the history of the St. Johns River won't dig as deeply into taxpayer pockets as originally expected because the tab is shaping up to be about $100 million less than the original estimate when dredging started in early 2018.

Aimed at enabling Jacksonville's port to handle massive cargo ships from Asia, the dredge is headed toward an anticipated price of $380 million for deepening 11 miles of the river between the ocean and the Blount Island terminal, compared to the initial estimate of $484 million, according to the U.S. Army Corps of Engineers.

The final tab won't be nailed down until the next phase of deepening finishes in 2022, but as it stands now, the lower expense for the overall project will likewise reduce the city of Jacksonville's share of the cost.

The Jacksonville City Council voted unanimously in July to provide up to $70 million toward the deepening, but barring increases in costs for weather delays or other unforeseen factors, the city's share of the cost will be $39 million.

U.S. Army Corps of Engineers senior project manager Jason Harrah said dredging contractors have been "licking their chops" at the bidding on the river deepening.