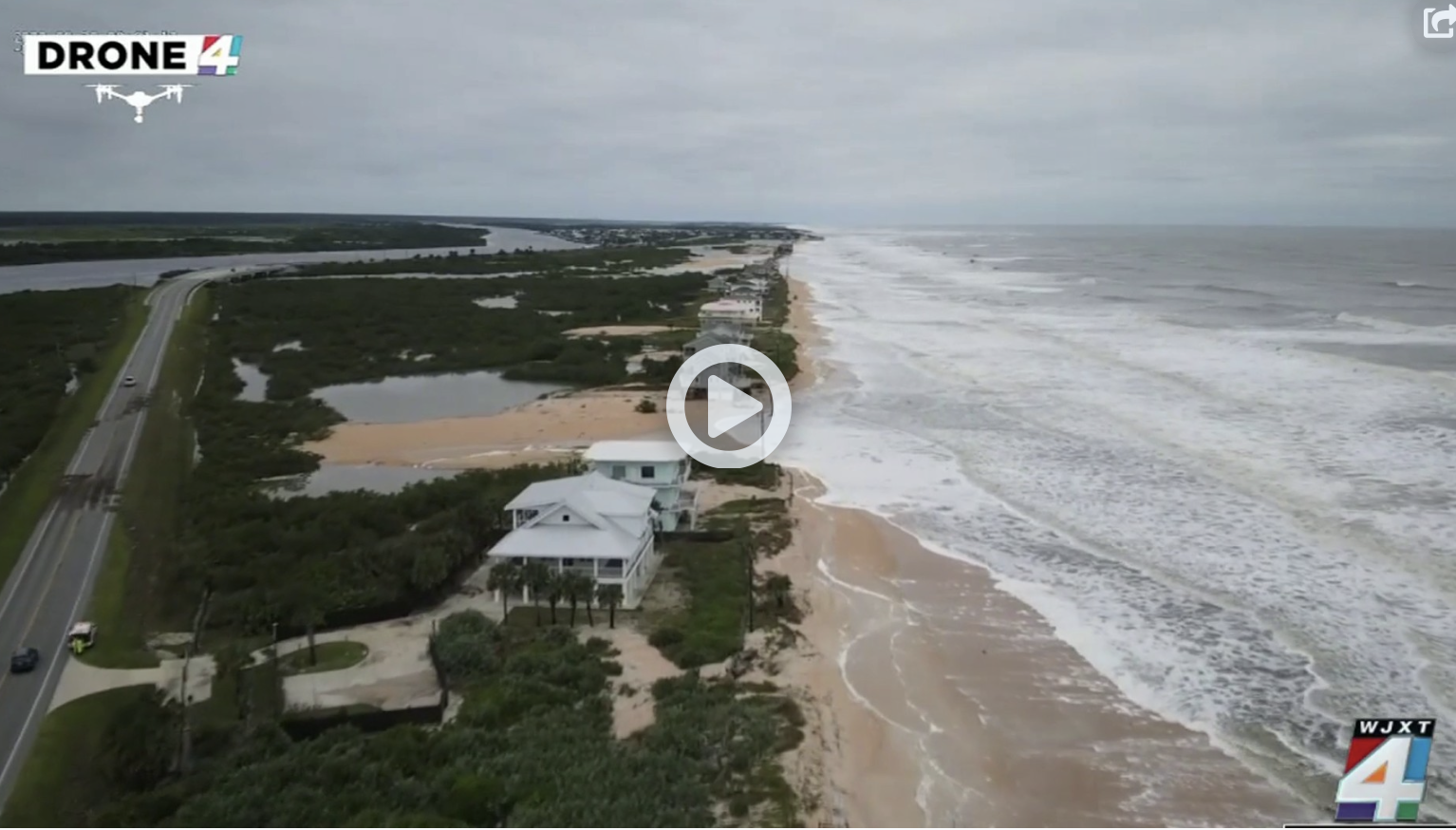 2 studies trying to determine the best way to move forward

ST. JOHNS COUNTY, Fla. – Officials are still trying to figure out how to deal with coastal damage caused by Ian.

One of the areas hit hardest is Summer Haven. It’s an area locals know well where ocean water has pushed underneath some homes and toward the Matanzas River on the other side.

There are now two major breaches in the vulnerable area after Ian and those breaches are putting more homes at risk of being washed into the ocean. Two studies now are trying to figure out what to do next in the area. One county leader News4JAX spoke with said he wants the county to consider buying out about 10 homeowners in the area instead of putting more money into the problem. The county told residents it has spent more than $10 million since 2008 in addressing erosion issues in the area.

The issues include a large new ocean breach and an overwashed area just north of Marineland that flowed between homes just off A1A.

“That spirit that we’re talking about is probably one of the most volatile stretches of beach in the state that I have seen,” Dean said.

Dr. Joseph Giammano, St. Johns County Director of Emergency Management said the county now has simultaneous studies going on to figure out what to do next, including a state study and a $360,000 county-commissioned study to look at the entire Sumer Haven ecosystem which includes another 300 total homes in the Summer Island and Barrataria neighborhoods.

“So the study is going to help us determine what is that long-term solution is, I mean, there’s the scope of the work has totally contractors is nothing off the table, examine everything that can be done to protect that area, and then come back to the county with those options. And give us the, what those options are, what the cost of those are, what the feasibility of actually doing those projects are,” Giammano said.

INTERA-GEC will evaluate potential solutions, from sea walls to dune restoration and geo-tube dunes to a retreat, which would mean abandoning shoreline development along Summer Haven. Each of the potential solutions will be assessed for public benefits, the extent of property protection, constructability and cost. The company plans to incorporate public comment and hold at least one town hall meeting during the study.

Now Dean and other commissioners have to think outside the box for solutions, according to the county administrator.