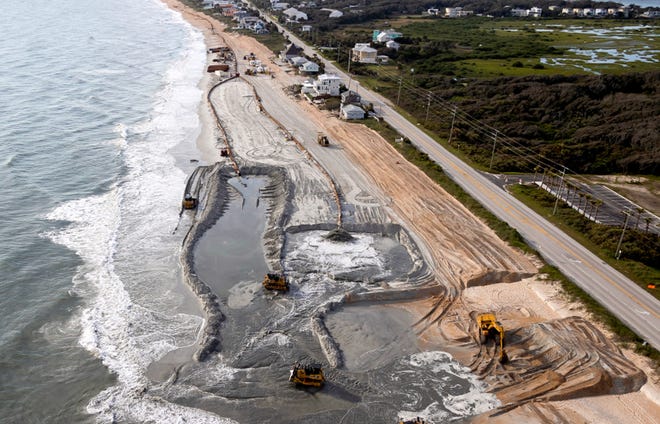 The project will widen about 2.6 miles of the coast and add dunes from just north of Nease Beachfront Park to around the Ocean Villas in the Serenata Beach community, according to St. Johns County government. The dunes will be restored to 2015 conditions. That project will bring about 1.3 million cubic yards of sand to the project area.

The U.S. Army Corps is leading the project, and St. Johns County government is the local sponsor for the project.

Construction is moving from south to north along the beach, and the work is taking place 24 hours a day, seven days a week, according to the Army Corps. The work is expected to reach Village Drive to 20th Street from Nov. 1 to Nov. 7, and then head farther north after that.

At this point, the crew plans to be finished in the middle of December with building the dunes and widening the beach, Harrah said. The team will have to come back when weather permits to add vegetation in the dunes.