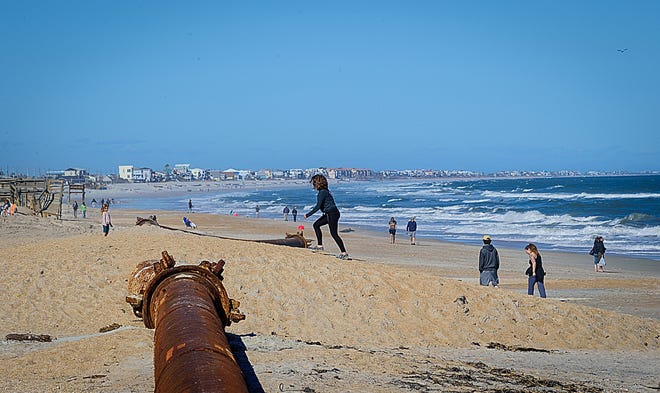 A beach renourishment in St. Johns County will wrap up soon, but more beach projects are gearing up.

One effort to beef up the coastline began late this year, and sand placement should be finished soon, said Damon Douglas, St. Johns County's coastal manager. The work stretches from just north of Nease Beachfront Park to around the Ocean Villas in the Serenata Beach community.

"They're anticipating by just after New Year's," he said.

The U.S. Army Corps of Engineers, which has an agreement with St. Johns County for the project, is leading the effort.

Once the sand placement is finished, crews will clear the equipment, including the pipe used to pump sand on the beach, off the coastline. That equipment should be gone some time in February, Douglas said.

The schedule can change because of weather or unforeseen circumstances. The project was expected to bring about 1.3 million cubic yards of sand to the area. The beach nourishment is expected to be redone every 12 years on average.

Ervin Bullock lives along Coastal Highway with her husband, and the project renourished the beach in front of her home.

"It's more than we were expecting. … We've gained a lot of beach," she said.‍