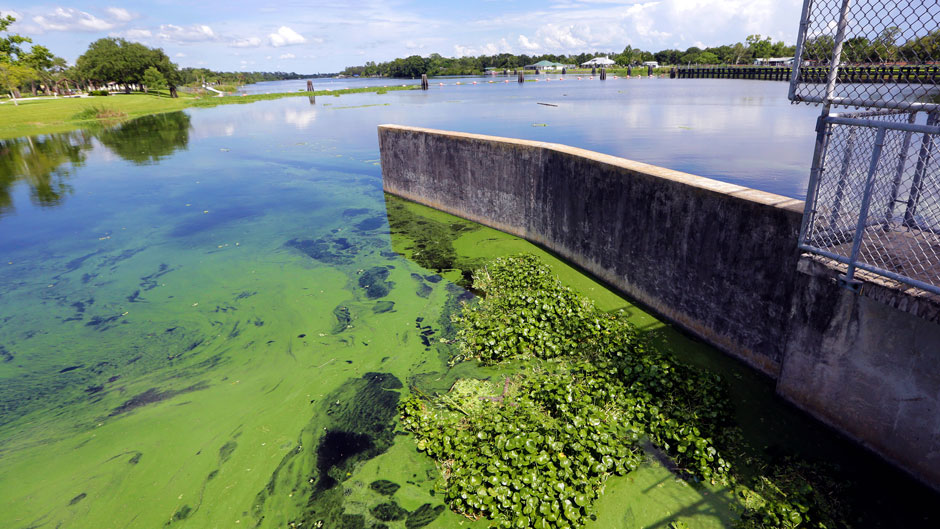 FL - South Florida could be heading toward another summer of slime

A massive buildup of blue-green algae in Lake Okeechobee threatens the state’s East and West coasts. University of Miami phytoplankton and water quality experts address the challenges that another massive red tide outbreak would pose.

Right now, it is just a waiting game. But if the unsightly blue and green gunk that now covers 500 square miles of Lake Okeechobee is any indication, this summer South Florida could be ground zero for a massive algae outbreak on par with, or even worse than, the bloom that contaminated waterways on the state’s East and West coasts three years ago.

“There’s a pretty good chance for it,” said Larry Brand, a phytoplankton expert at the University of Miami’s Rosenstiel School of Marine and Atmospheric Science, who has been monitoring algae levels in the lake via National Oceanic and Atmospheric Administration satellite images.

Precipitation, he said, will determine just how bad that outbreak could be. Water levels in Lake Okeechobee—where thick mats of blue-green algae, fueled by rising temperatures, have been building up for weeks—are already high. And with forecasters calling for an above-average hurricane season, it is only a matter of time until the U.S. Army Corps of Engineers will have to release water from the lake into the Caloosahatchee and St. Lucie rivers to prevent a breach in the aging Herbert Hoover Dike, Brand explained.

Patches of cyanobacteria, the scientific name for blue-green algae, are already present in the Caloosahatchee, he noted. “So when the corps discharges more water, algae will continue to travel down to the estuaries,” said Brand, a professor of marine biology and ecology. And if the release is large, the algae will flow all the way into the Gulf of Mexico, where the algae-laden freshwater will mix with the ocean’s saltwater, stimulating a chemical reaction that often spawns red tide.

Low levels of red tide have actually existed along parts of the state’s southwest coastline since last November, Brand said. That is when the corps, responding to a rise in Lake Okeechobee water levels caused by three times the normal amount of rain falling in South Florida that month, released a modest amount of water from the lake. “It’s not a huge outbreak, but it’s there,” he explained. “It started at the mouth of the Caloosahatchee River. Then it spread north, and it’s all the way up to Sarasota and a little bit into Tampa Bay.”

Brand can vividly recall the hundreds of media images that illustrated the impacts of that bloom: thousands of sea creatures—from dolphins and manatees to sea turtles, snook, and trout—washing ashore on several of the region’s normally scenic beaches after perishing from the neurotoxins produced by the algae.

The persistent bloom lasted for months, crippling tourism-related businesses in Charlotte, Manatee, Sarasota, and other counties. The state tourism organization, Visit Florida, created programs to help those businesses recover. But many were severely impacted again amid the COVID-19 shutdowns. Now, another massive red tide outbreak is imminent, threatening to curtail the progress those businesses have made after the pandemic restrictions were lifted.