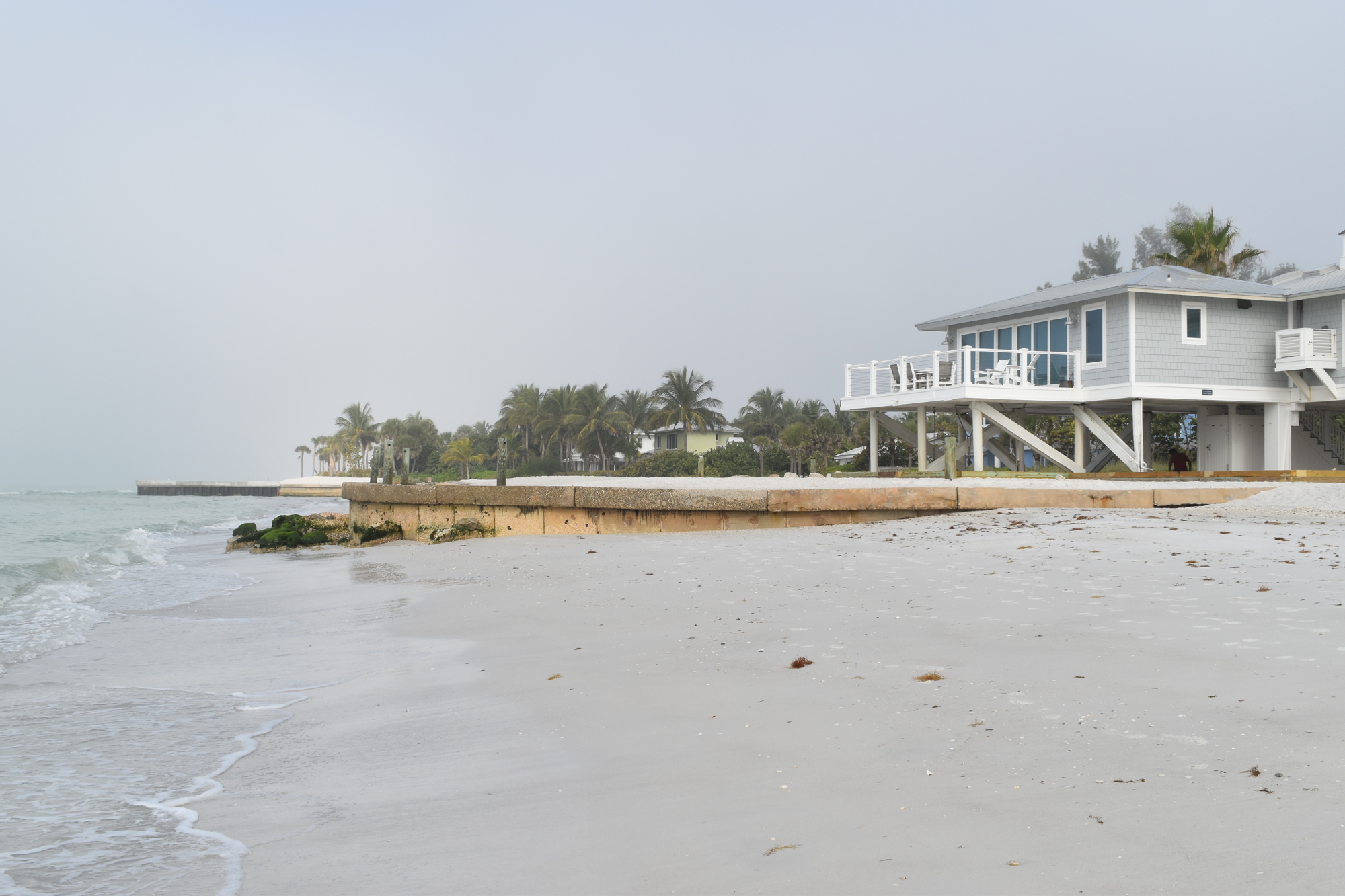 As community tries to find a way around seawall issue, property owners propose an easement that would cost the town $880,000 to $1.3 million a year.

For the past three years, Brenda Cantin has made the 20-minute drive to Longboat Key’s north-end beach from Palma Sola.

The retiree enjoys walking on the Manatee County side of Longboat Key’s beach and looking for shells.

“This beach has always been a nice, peaceful, quiet beach,” Cantin said.

Maybe in terms of stillness, but the furor at Town Hall over access past the seawall at 6633 Gulf of Mexico Drive these days is anything but.

Cantin and husband would range far to the south, in search of unusual finds while at the beach, sometimes beyond the seawall on the property known as Ohana.

“He would beat me over to there and he would sit on the other side,” Cantin said recently, within steps of what is now a no-trespassing barrier.

Months ago, after repairs to the seawall following Hurricane Eta in 2020, the Ohana owners posted signs that their property is now off-limits. The property extends to the water’s edge.

To avoid trespassing, beachgoers can either wade into the surf, or use a pair of public access points to leave the beach and bypass the property.

The dilemma has raised tempers on the beach, leading to several police calls and an arrest. Town leaders on Monday discussed potential solutions but came to no conclusions.

Among the ideas, a collection of legal and engineering notions such as a voluntary easement, eminent domain proceedings, invoking customary use provisions, additional sand, a walkway or pier and additional public access points for an easier detour.