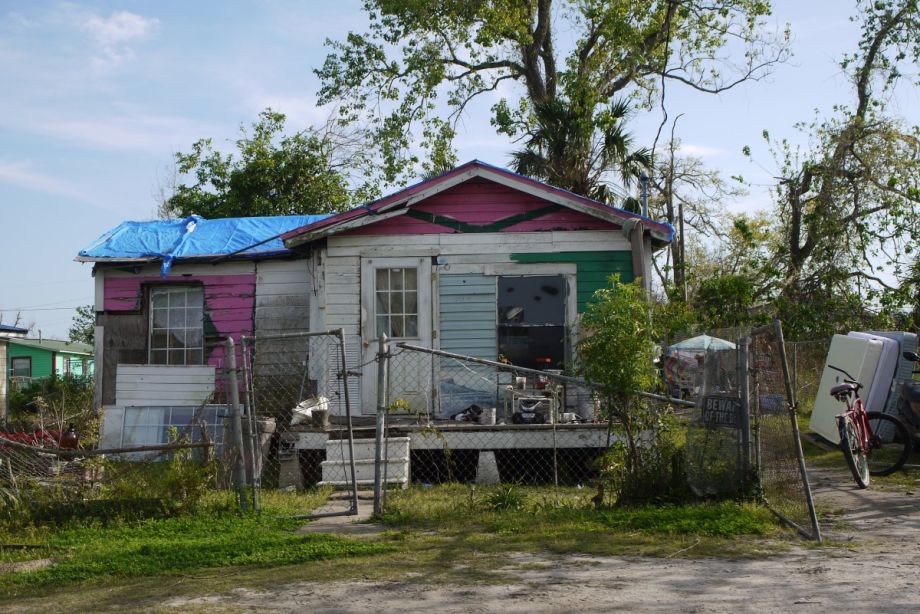 Two years ago, the most powerful storm to strike the United States in the last twenty-eight years made landfall on Florida’s Gulf Coast.

Its wind speed reached 161 miles per hour, the fourth-strongest on record for a U.S. hurricane, and it raised the level of the Gulf of Mexico by fourteen feet before its eyewall slammed into a laid-back vacation town called Mexico Beach. In a matter of hours, Hurricane Michael ripped up roads, shredded forests, and reduced entire housing blocks to sand-covered slabs.

Media coverage, donations, and volunteerism have lagged in comparison to disasters of its scale. Eight months passed before a federal relief package was signed for the victims of the storm (compared to 10 days after Katrina). Awareness, even within the state of Florida, is so low that the hurricane has been nicknamed “the forgotten Category Five.”

But two years later, many of Michael’s victims are living with constant reminders of the storm. Blue tarps, mangled trees, and leaky roofs are familiar parts of the struggle to recover from the $25 billion of damage left in the storm’s path. And chief among those challenges is a housing crisis. According to the National Low Income Housing Coalition, over 40,000 homes were damaged or destroyed by flooding and wind, and over 1,400 federally assisted rental homes were destroyed or substantially damaged.

A forthcoming study by a team of climate change researchers based in Sweden and The Netherlands dug into the housing data of one small storm-impacted area, Gulf County, trying to identify the most impacted among Michael’s victims. Their results are surprising and highlight grave impacts in lower-income parts of the county that have otherwise gone overlooked. Ultimately, they believe that measuring disaster impacts can be improved — and the recovery process can become more equitable — if similar analyses are used to understand damage in future disasters.