Southeast
Beach renourishment commences July 8 on the shore at 77th Street in Holmes Beach. AMITW is relocating sea turtle nests from the area to hand-dug nests in Anna Maria to protect eggs and hatchlings from being buried by the sand that is pumped ashore. Chris-Ann Allen / The Anna Maria Islander 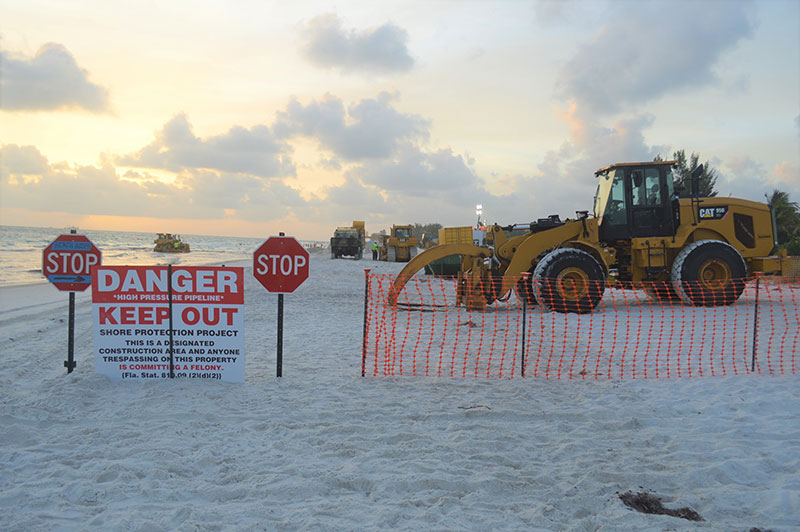 The beaches are getting bigger. And so is the habitat.

However, this year, sea turtles nesting on Anna Maria Island and the organization that helps protect them must circumvent large dredging equipment that is pumping sand onto the beach from offshore sea beds.

“We thought they’d stay clear of it, but they were all around the renourishment area,” Fox said, adding that another turtle crawled into the fenced construction zone, but did not nest.

She said the crew stopped all activities to watch the turtle, before it returned to the Gulf of Mexico.