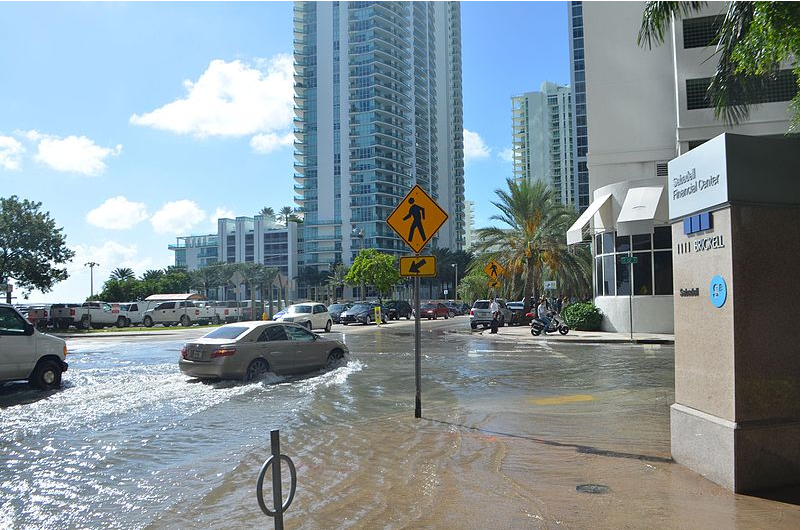 Daele Guerra keeps a stack of bricks in her first-floor apartment in Hialeah. It's the only protection she can afford against the floodwaters that have ruined all of her belongings three times this year alone. When the water comes, she uses them to prop up her furniture.

This spring, Guerra, a 53-year-old supervisor at a medical center, had to room with a relative for nearly three months while her landlord renovated the ruined one-story building. Since then, the apartment has flooded twice more.

"As soon as it starts to rain I almost can't work or think straight, because I'm already bracing myself for a flood," said Guerra, who's lived there for six years. While flooding was always a regular occurrence on her street, it's the first year that the water has seeped in under the door and gushed up from the bathtub and toilet, making the place uninhabitable for days on end.

Guerra would like to move out, but she's struggled to find somewhere cheaper than the $975 a month she pays now. And she's not alone.

New research shows that Miami's affordable housing — already in short supply — is at risk of flooding from sea level rise in the coming decades. The University of Miami found that more than half of all affordable housing in Miami-Dade county lies below Miami's average elevation of 7 feet above sea level.