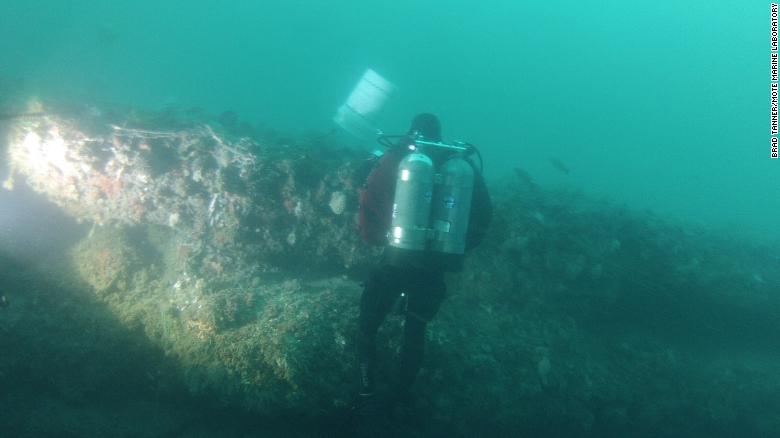 Arguably, we know more about the surface of the moon that we do about our oceans. A group of scientists and explorers with specialized diving expertise are looking to change that.

In August, a team made up of members from the Mote Marine Laboratory, Florida Atlantic University, Georgia Institute of Technology and the US Geological Survey is set to explore a "blue hole" off the Gulf Coast of Florida. "Blue holes" are underwater sinkholes that open below the seabed.

The hole, dubbed "Green Banana," opens up at 155 feet below sea level. The bottom of the hole is at a depth of about 425 feet.

"We were supposed to actually go out to this hole back in the spring, but that got pushed back with Covid happening," Emily Hall, a staff scientist and program manager at the Mote Marine Laboratory, told CNN.

The purpose of the exploration is to learn more about "blue holes," a documented feature in the waters of Florida and around the world, that we know so little about.

In 2019, scientists gained access to a shallower hole they dubbed "Amberjack," because amberjack sharks like to congregate there. The hole sits 113 feet below the water and extends to a depth of 237 feet, about 30 miles offshore from Sarasota.

Exploring "Amberjack hole" allowed scientists to collect 17 water samples and 4 sediment cores. They also found two dead smalltooth sawfish, an endangered species, still intact. They were found in a deeper area of the hole where there's low dissolved oxygen in the water, which might have helped preserve them, based on a necropsy performed on one of the specimens.