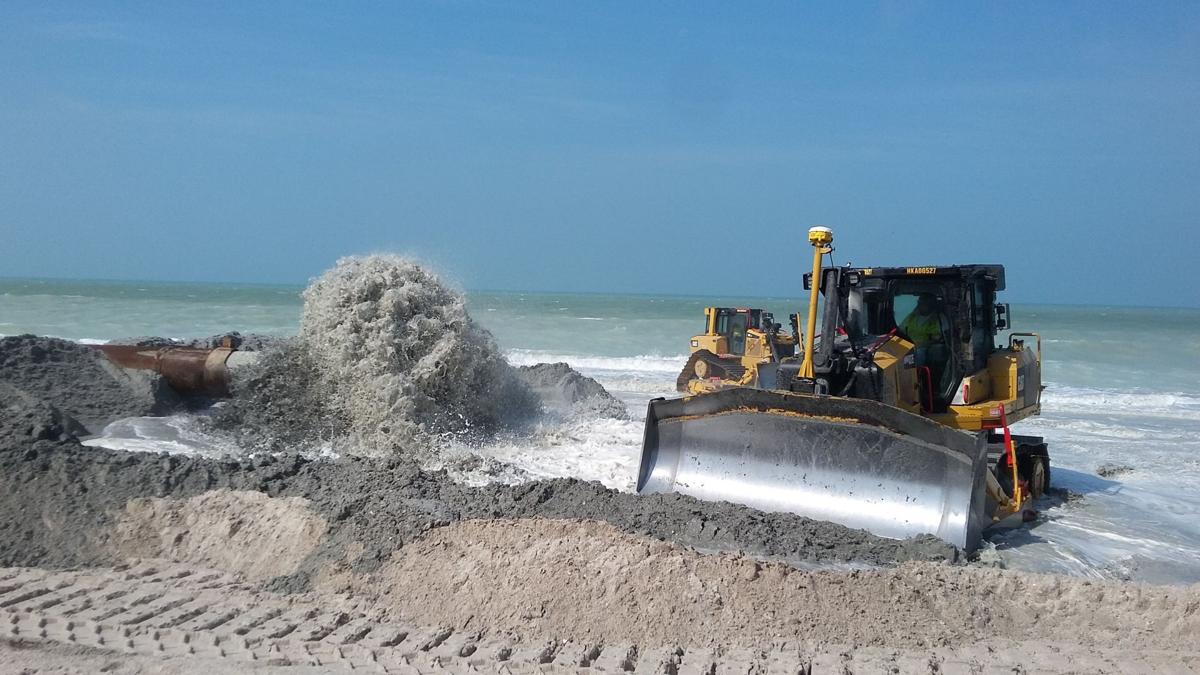 FL - Sarasota sand project to be completed in days

ENGLEWOOD — The Sarasota County portion of Manasota Key’s beach renourishment project could wrap up within a week, finishing the project before sea turtle nesting season begins.

“Our side of the project is slated to be finished in three to four days,” county spokesman Drew Winchester said.

That’s important since the state permitting requires the joint Charlotte-Sarasota project to wrap up before May 1, the official start of the local sea turtle nesting season.

Earlier this month, the Great Lakes Dredge and Dock Company finished restoring the shoreline of the Charlotte County portion of Manasota Key from the Sarasota-Charlotte county line south to the southern end of Gulf Boulevard.

In Sarasota County, the $8.5-million project calls for pumping sand onto the shoreline from just north of Blind Pass Beach Park to the Sarasota-Charlotte county line.

Initially, the Gulf shoreline with new sand will extend 84 feet out into the Gulf. A significant percentage of the sand will slip quickly underwater as the beach profile adjusts itself to its natural contours.

The project is engineered to maintain a beach width of 50 feet. However, the beach width narrows to 40 feet at the very northern end of the Sarasota County project to avoid impacting hard-bottom habitats close to the shoreline.

In February, Sarasota County commissioners agreed to cover the local share of the project mobilization and other costs — what the state wasn’t covering — with the county tourist tax and loans. Eventually, the loans will be repaid by a taxing unit into which the benefiting property owners will contribute. However, commissioners have yet to decide upon a formula to determine assessment rates.