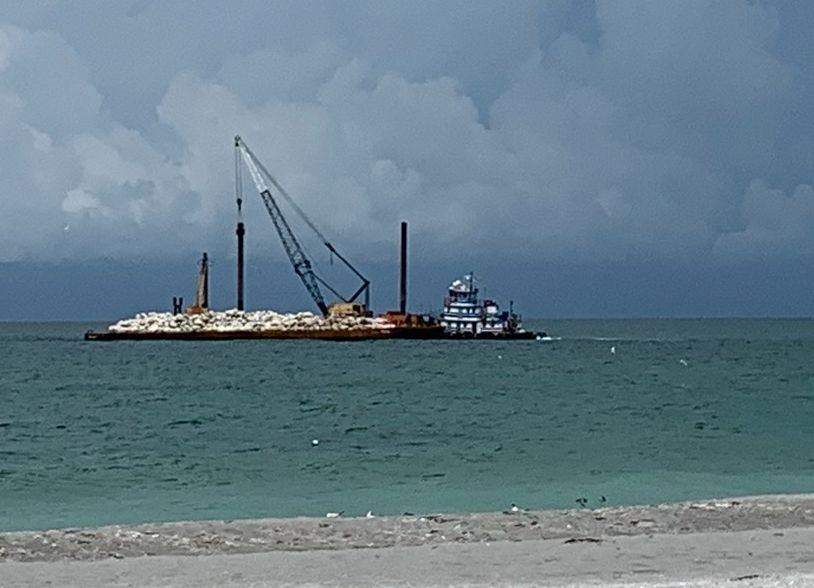 SARASOTA — Anyone who has visited or driven by the beach areas on Manasota Key has seen the results of a beach renourishment project earlier this year by Sarasota and Charlotte counties.

But now, it’s time to pay for that new sand.

With just 20 minutes of presentation and discussion, Sarasota County commissioners unanimously agreed to create a municipal services benefit unit for property owners on north Manasota Key to pay for their share of the $8 million project.

The two counties applied for and will receive a grant from the state that will pay for about 35% of the project costs, and Sarasota County will contribute another 47% due to the inclusion of Blind Pass Beach Park in the project.

That leaves about $1.9 million to be paid by property owners on North Manasota Key who received either a direct or indirect benefit from the beach renourishment to be paid through assessments over the next seven years.

That amount is less than the $2.3 million estimated by staff in July after the county realized some cost savings.

While Jim Jackson and Jackie Ruthman, representing the Manasota Key Association, appeared to thank commissioners for the renourished beach, not everyone was happy.