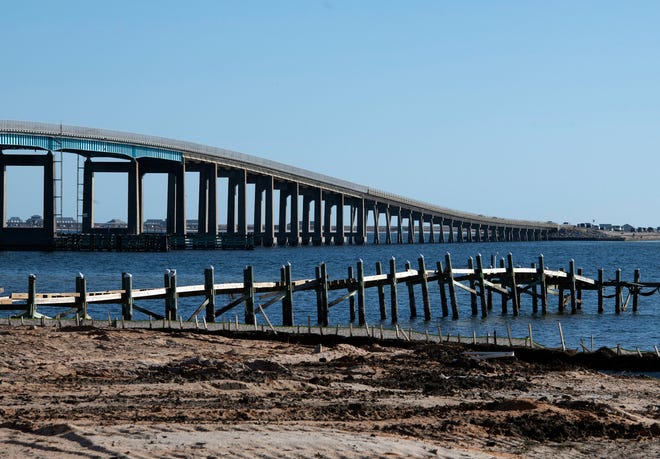 Santa Rosa County Commissioners took the first step Thursday in what likely will be a decade-long, multimillion dollar process to build a new Navarre Beach Bridge, connecting the barrier island to the mainland and replacing the current bridge that has been declared "functionally obsolete."

District 4 County Commissioner Dave Piech, who represents the Navarre area, has had the new Navarre bridge on his radar for the better part of the past year, but put off starting any official discussions about the project in the wake of the Pensacola Bay Bridge debacle.

Now, Piech said, it's time to start the process and get the ball rolling on a new Navarre Beach Bridge, "because, as you know, you can't just have a problem with a bridge and replace it overnight. We're living with that right now (with the Pensacola Bay Bridge)."

The Pensacola Bay Bridge was struck by multiple Skanska construction barges during Hurricane Sally on Sept. 16 and has been out of commission ever since due to several missing spans and other structural issues. Officials have said it should reopen to motorists the week of Memorial Day.