Southeast
A group of white segregationists attack a group of Black activists as they began to swim at St. Augustine Beach, Florida, June 25, 1964. Police moved in and broke up the fighting between the segregationist and civil rights demonstrators. 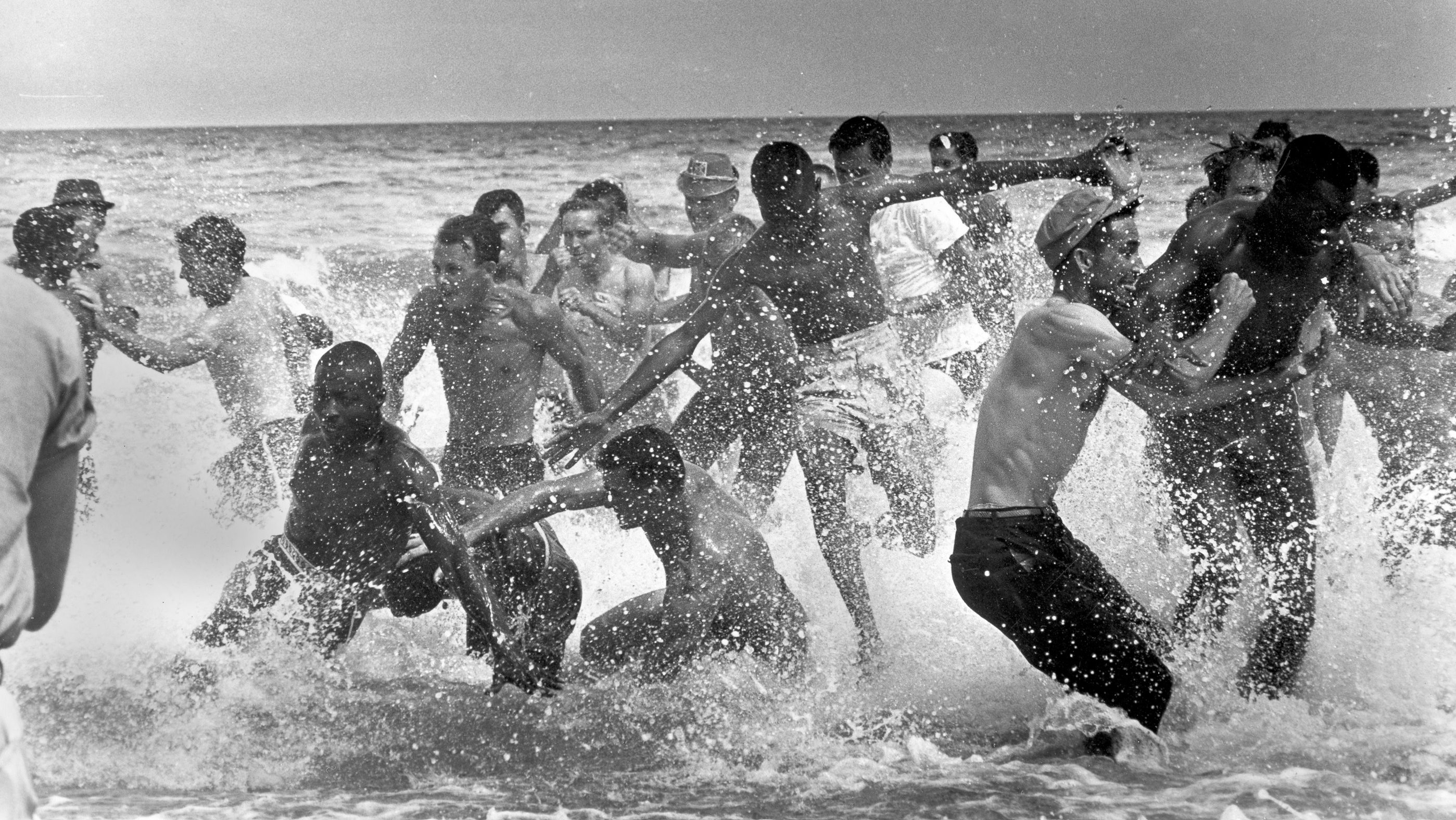 For the entire month of February, NBC will showcase essays about Black Americans who pioneered change in United States history during the Civil Rights Movement that led to nationwide desegregation. Pioneers include those who led local efforts to desegregate schools, professionals who forged ahead to become luminaries within their industries, and advocates who stoked the wave of change head-on in the nation's bid for racial justice and equality.

Fear had nothing to do with it. I’m thinking about [my future]…kids I may have or a wife I may marry, and most of my friends felt the same. We were going to challenge the system and were not going to stop demonstrating until we got some resolution.

Purcell Conway was accustomed to his mother’s frequent plea. At 16, he was a determined civil rights activist — publicly standing against the racial injustice that defined life in 1950s St. Augustine, Florida. His mother knew the dangers that nonviolent civil disobedience carried in the Jim Crow South and grew concerned over his involvement in the movement.

Despite the known risks, Conway recognized that inaction could subject him to a lifetime of injustice — a destiny he was unwilling to accept.

Conway was born into an America where the wheels of the civil rights movement were just beginning to turn. Raised in St. Augustine’s historically Black West Augustine and Lincolnville neighborhoods, his childhood memories include several watershed moments: the murder of Emmett Till, the arrest of Rosa Parks, the 16th Street Baptist Church bombing and the terrorizing of a prominent neighbor.

Meanwhile, a sit-in protest at the local Woolworth's lunch counter ended in the arrest and imprisonment of nine Black teens and seven children. Four of the children were incarcerated for six months and came to be known as "the St. Augustine Four." Two of those children were Conway’s classmates.

There were covert acts of discrimination too. As a child, Conway would ask his mother why she addressed white people as “Mister” or “Miss,” yet they always called her by her first name. Conway shared that whenever he asked his mother these questions, she would tell him to “leave it alone.”

When Conway’s white neighbor offered him a sandwich and served it to him on the floor — next to a dog’s food bowl — both Conway and his mother decided to act.

Conway realized that what he was experiencing was more than just a movement — it was an opportunity to secure a better future.