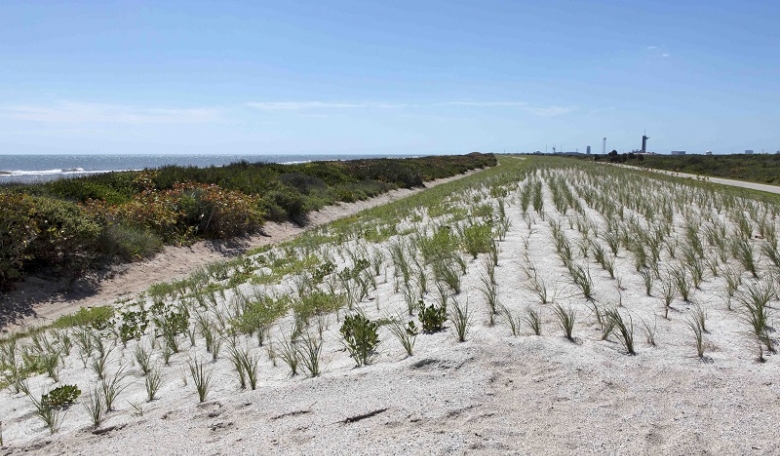 Anthropogenic climate change and its associated rise in sea levels could prove a significant threat to some of the world’s iconic coastal space launch sites, including Florida’s Kennedy Space Center (KSC).

NASA is building a massive artificial dune along a stretch of the coast in a bid to protect the nation’s only launch site for human missions - but many experts say that ultimately it isn’t going to be enough.

Even conservative estimates suggest the low-lying Florida peninsula can expect to experience at least 5 to 8 inches of sea level rise by the 2050s, a figure which could double or treble if global warming is not contained at current levels.

Launch Complex 39A, the historic Apollo 11 and Space Shuttle launch pad that SpaceX now leases for its Falcon Heavy rocket, is one of the most vulnerable, as the base of the pad sits only a few feet above seal level and is just a quarter mile from the coastline.