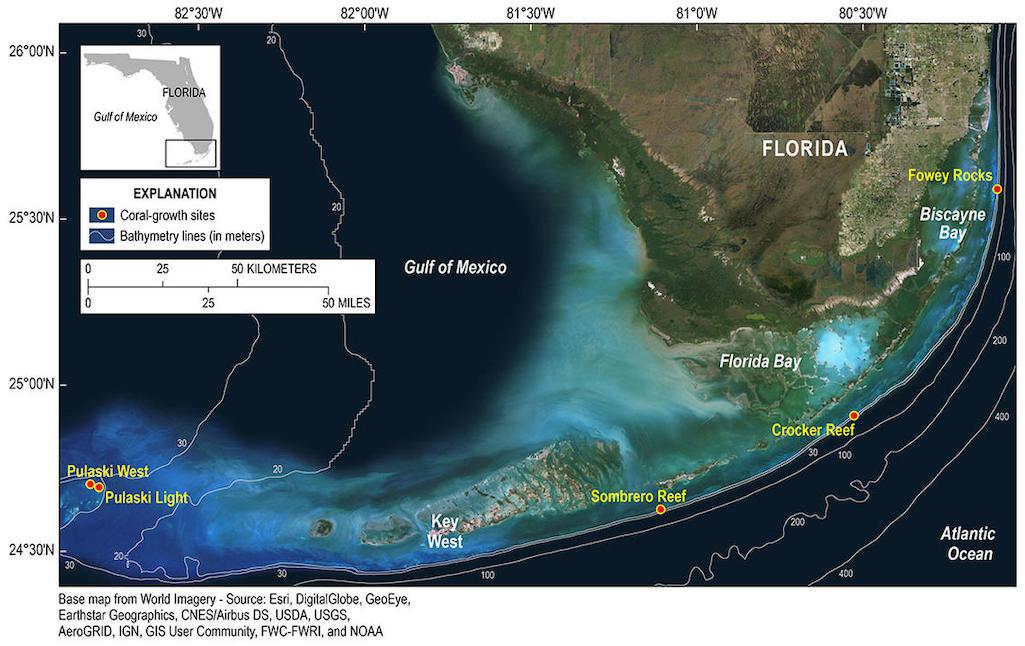 Editor's note: The following is a press release from the USGS.

Nursery-grown elkhorn coral transplanted into Dry Tortugas National Park survived and thrived, growing twice as fast as corals planted in other locations in the Florida Keys, according to a new U.S. Geological Survey study published in Endangered Species Research.

USGS researchers are studying the growth and success of nursery-grown transplanted corals in the Florida Keys; research that might help this population of the threatened species rebound. Reefs there have experienced significant coral loss in recent decades from coral bleaching, disease and human-related disturbances. Elkhorn coral, listed as threatened under the Endangered Species Act, is of special concern because it is the only species that builds the reef-crest zone—the part of the reef that dissipates waves, protecting shorelines and creating habitat for other species—in the tropical Atlantic.

Tall, branching elkhorn corals once were abundant in parts of the Keys, but in 1982-1983 the population crashed across the entire western Atlantic due to white band disease, which is caused by an unknown pathogen. Scientists don’t fully understand why the species has not recovered since then, but population fragmentation, climate change and other coral diseases have all played a role.

The new elkhorn coral colonies planted in the park, which lies about 62 miles west of Key West, may act to “genetically rescue” the one remaining genetic strain known to persist in Dry Tortugas National Park.