Southeast
Coral specimens are shown at a rescue center in Orlando. Credit: SeaWorld 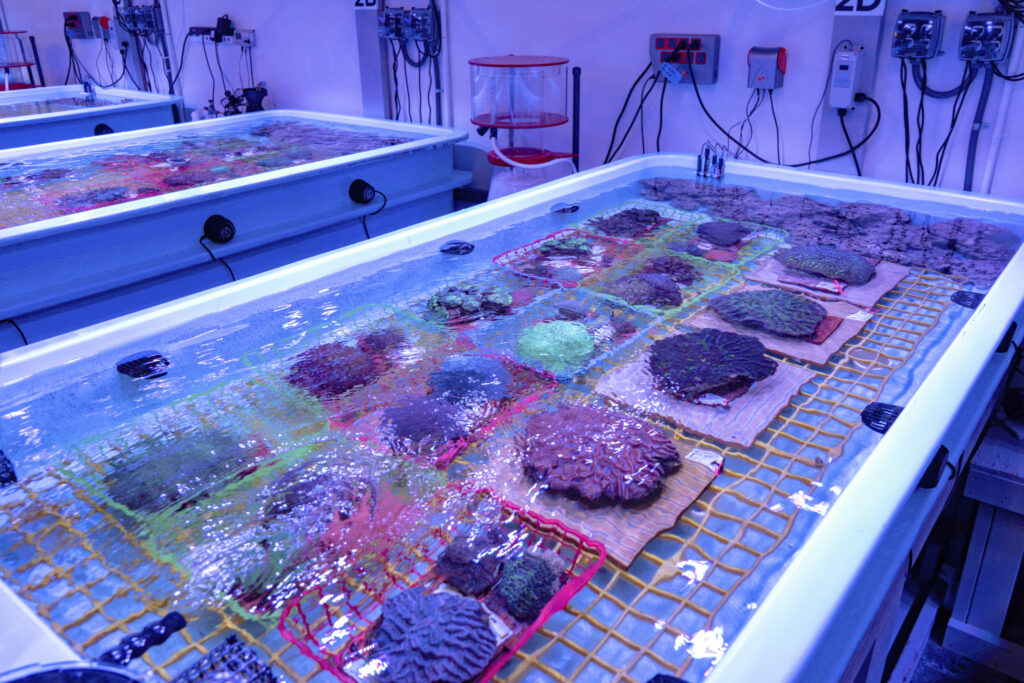 Reviving the reef is hampered by corruption and cluelessness

About four months ago, I drove over to Orlando and saw something I’d never seen before, something guaranteed to produce a reaction of “Ooooo! Ahhhh!”

It was sort of like seeing the fireworks at Disney World for the first time, only not nearly as loud. While Disney may be the quintessential Mickey Mouse operation, that theme park does do fireworks well.

In an industrial park off the Orange Blossom Trail, I parked outside an office with blackened windows and no name on the door. Someone saw me walking toward the office and opened up before I could knock. Once inside, I could see the reason for all the secrecy.

In one large, eerily-lit room sat tank after tank of rippling water, and in each tank were dozens of corals, looking like weird, grooved rocks.

They aren’t rocks, though. They are living creatures — tiny animals with tentacles — and the work they do building coral reefs is essential for life underwater to exist.

The corals in the Orlando room have colorful names: Green Star, Yellow Finger, Knobby Brain, and Rough Cactus. The list makes for a cutie-pie passenger manifest for a modern-day Noah’s ark.

Each of these corals was transplanted here, to what’s been dubbed the Florida Coral Rescue Center, from North America’s only coral barrier reef, which stretches for about 360 miles along Florida’s southeast coast. The goal: Save their lives so that someday — no one knows when — they or their offspring can be put back where they normally live.

They needed a rescue because, since 2014, a disease called Stony Coral Tissue Loss Disease has been rampaging through the reef like — and I do not make this comparison lightly — COVID-19 through Florida’s mass of vaccination-averse citizens.

Florida is in dire straits without that reef. The corals provide a home and a hiding place for fish, crabs, and other creatures. They also help us humans, buffering our homes and property against flooding from the storm surges churned up by hurricanes. And they lure in ecotourists who want to dive down and see the reef’s colorful marvels. One federal study put the value of Florida’s coral reef at $657 million a year.

How bad is Stony Coral Tissue Loss Disease? Normally, coral diseases affect only two or three species. This one has infected 22. In some places, it has wiped out 80 percent or more of the reef.

“Basically, it’s like there’s a forest fire burning through them,” Jim Kinsler, aquarium curator at SeaWorld and the man in charge of this coral collection, told me that day.