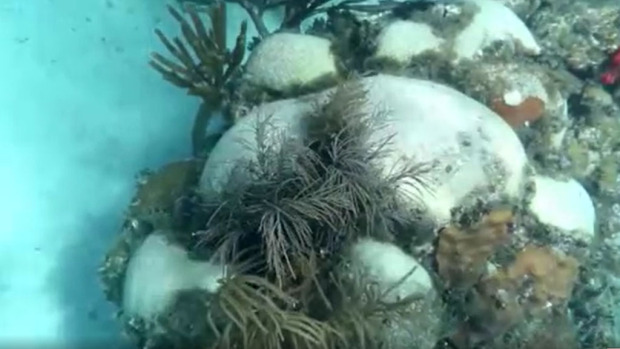 FL - Report: Florida’s Coral Reefs Among Most Damaged in U.S.

There may be just 2% of Coral Reefs around Florida remaining

MIAMI (CBSMiami) — A new report sounds an alarm on challenges with the nation’s ecosystem including a major decline in coral reefs around Florida.

According to a study from the National Oceanic and Atmospheric Administration and The University of Maryland, the reefs off heavily populated Florida are among the most damaged, with as little as 2% of the coral reefs remaining.

The first of its kind report says human activity and climate change are mostly to blame for the deteriorating of reefs around the U.S. and its territories. The report used data collected between 2012 and 2018 classified regions as “very good,” “good,” “fair,” “impaired,” and “critical.”

While the report says the condition of most of the coral reefs in the U.S. is “fair,” researchers say they continue to be vulnerable. It stated that sewage, lawn chemicals and other pollutants that flow into the oceans pose potentially catastrophic threats to their survival. That threat is most pronounced in waters off South Florida, from the Keys to north of Palm Beach.