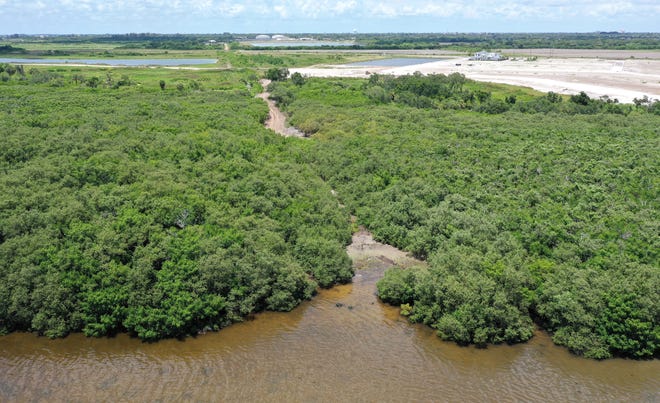 LONGBOAT KEY – A contractor hired by the town of Longboat Key has determined that decades of corrosion and a buried log undermined the town’s only sewage disposal line to mainland Manatee County over the summer.

Berkeley Research Group, in a 595-page report released this month, indicated that the log or root had likely affected the exterior coating on the ductile iron waste pipe, causing the corrosion.

However, none of the inspections before the rupture, which spilled an estimated 14.7 million of gallons of untreated sewage from June 17-30, had caught the damage. Berkeley Research Group’s estimate of the spill volume was more than 11 million gallons less than the 26 million estimated by officials at the time of the accident.

The most recent inspection in 2017, completed by Greeley and Hansen, a multidisciplinary global engineering firm, deemed the pipeline to have a remaining useful life of at least 20 years.

While Greeley and Hansen’s inspection did indicate some corrosion, its opinion was that “a catastrophic failure would not occur in the next 20 to 25 years and therefore, the town is not in danger of losing their sole method of transporting wastewater off the island.”