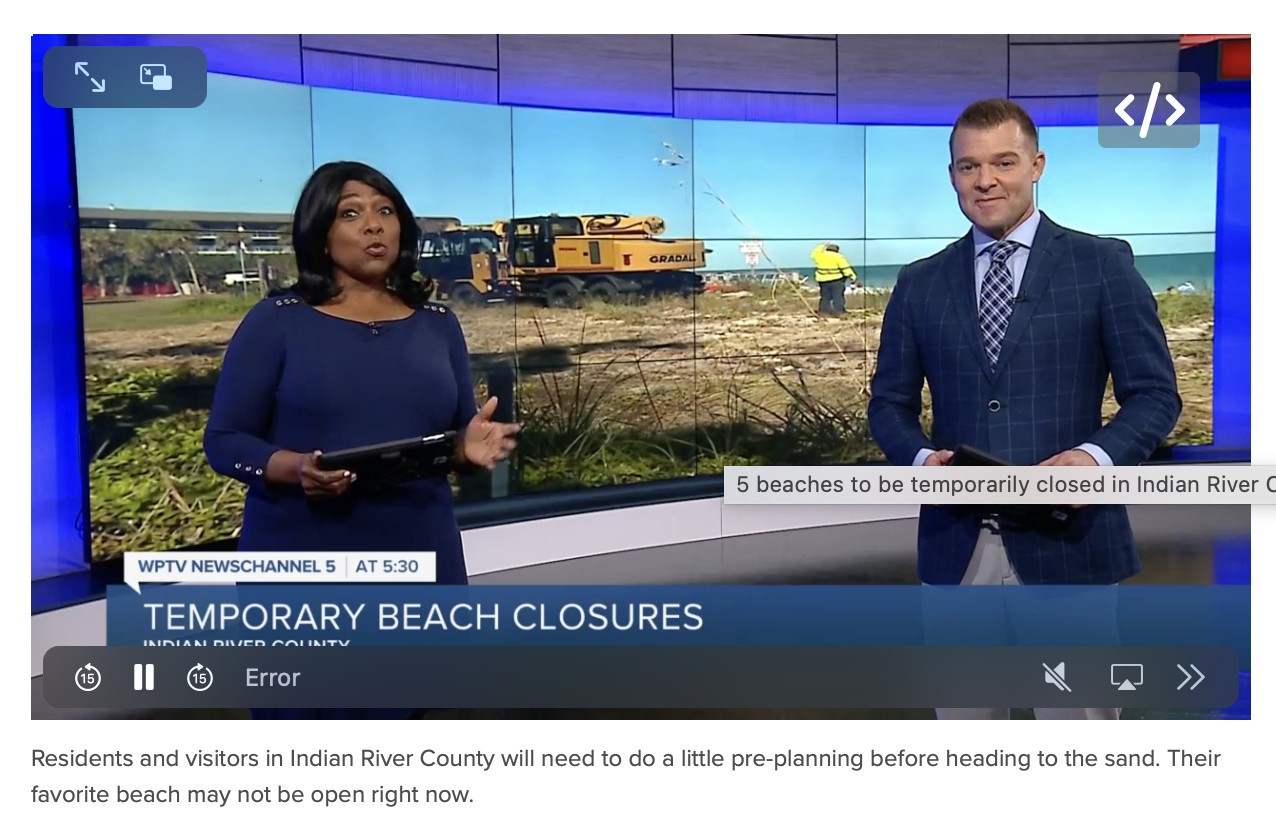 INDIAN RIVER COUNTY, Fla. — This week's weather forecast looks great for beachgoers.But residents and visitors in Indian River County will need to do a little pre-planning before heading to the sand. Their favorite beach may not be open right now.

Wabasso Beach's parking lot was a little more crowded than normal on Monday.

Hurricanes Nicole and Ian did quite a bit of damage to the area beaches, so the county is undertaking an emergency beach and dune renourishment project with a price tag of $662,000."It obviously makes our beaches that are open more busy now," Chris Henderson with Indian River Ocean Rescue said.

He said his team will have to adjust as the temporary closures continue through the winter.

"With two beaches being closed, we've had to move some guys around," Henderson said. "Obviously some people are being inconvenienced with the beaches [that] they normally go to. They have to travel up the road a little bit."

A total of five county beaches will be closed at some point while work is occurring.

Time is of the essence to complete these beach renourishment projects. The hope is to have all of them done and all of the beaches reopened by March 1, which is the start of sea turtle nesting season.